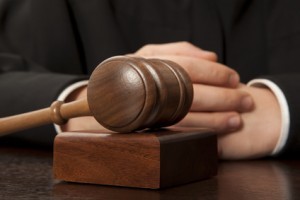 There have been at least two significant developments in Oregon over the last year, endeavoring to enhance the opportunity for equal access to justice for immigrants, and actually for all persons who may have any business in Oregon courts (remember that courts cannot function effectively unless not only the parties to an action, but also witnesses and victims, are willing to come to court to testify).

First, what began as House Bill 2932 was signed into law effective June 20, 2019, by governor Kate Brown. Oregon Laws Chapter 437, amending ORS 135.385, prohibits Oregon trial courts from inquiring into a defendant's immigration status (or requiring a defendant to disclose their immigration status) at the time of plea or at any other time during criminal proceedings. It also requires courts to allow a defendant additional time for making a plea decision after having been informed about the possible adverse immigration consequences of a plea of guilty.

Second, on the recommendation of the Uniform Trial Court Rules Committee (UTCR), the Oregon Supreme Court enacted a rule effective November 14, 2019 that prohibits civil arrests in state courthouses unless the arresting agency has a judicial arrest warrant. Previously, U.S. Immigration and Customs Enforcement (ICE) agents had been making arrests in Oregon courthouses acting only on their own administrative warrants. Oregon Supreme Court Chief Justice Martha Walters and the Chief Justice of the Washington Supreme Court met with ICE representatives and the United States Attorneys for Oregon and Washington on October 8, 2019, to discuss the reasons for arrests in courthouses and potential court rules in Oregon and Washington. About a month later, Oregon Chief Justice Walters and her court acted. “Adopting this rule protects the integrity of the state judicial process and will allow state courts to fully hold accountable people accused of a crime,” Chief Justice Walters said. “Arrests in courthouses have interfered with judicial proceedings and removed criminal defendants before they have been sentenced or completed their sentences. We are adopting this rule to maintain the integrity of our courts and provide access to justice – not to advance or oppose any political or policy agenda.” The recommendations of the UTCR Committee which the Oregon State Supreme Court adopted included a ban on civil arrests without a judicial warrant both in courthouses and when people are in transit to and from court proceedings. The rule as promulgated thus prohibits non-judicial arrests in court facilities or their vicinity (including entryways, sidewalks, and parking lots).

From what I have seen in nearly four decades of the practice of law, our civil and criminal justice system benefits from having all potential witnesses, defendants, victims, and other participants necessary to a just outcome in pending cases able to appear in court without fear of arrest – by ICE or otherwise. The steps noted above which were recently taken by the Oregon legislature,