Aviation and Litigation Solutions at Our Firm 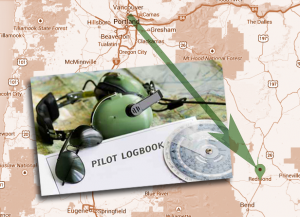 Attorney Jeff Jacobs has flown to remote areas for the firm including Redmond, Oregon and Prineville, combining a love of flying with service to clients.

A love of flying and a passion for Law have come together perfectly for one of our lawyers at Schauermann Thayer Jacobs Staples & Edwards PS.

Attorney Jeff Jacobs, of Schauermann Thayer Jacobs Staples & Edwards PS, has been an active, licensed pilot for over 40 years. With his broad understanding of aircraft design, flight regulations, and the aviation industry he is uniquely prepared to handle the often complex cases.  Jeff uses his Cessna Skyhawk to get to client meetings, court appearances and depositions all over the Northwest, more quickly and more efficiently than would be possible by car or commercial airline.

“Sometimes we get clients from other areas in Washington and Oregon on referrals.  For example, there was an accident in Redmond, Oregon referred to Scott Edwards, another attorney at the firm, and we were able to handle it and work on it together because the plane made travel quick and easy,” explains Jacobs.

“In another case, I had to go to Prineville which had to do with a local client who had an accident in Skamania County, but there were witnesses in Prineville”, Jacobs recalls.

Jacobs love of flying began at an early age.  He hung out at airports during his teen years in California, and got his licence at the age of 16 — the first year he could legally do so.  Later he would work as a flight instructor.

Nowadays, he is pleased to be able to combine his passion for flying with his career in the law.  And, although he handles a fair share of other types of personal injury cases for the firm, Jeff also has represented a number of clients in aviation related matters.  With regard to aviation cases, he observes that, “aviation cases are not well understood by the general public, certainly not well understood by the media, and often not understood by non-pilot professionals who attempt to get involved with such litigation.”

One common misunderstanding has occurred many times when a reporter will write incorrectly about the word “stall” which in aviation does not refer to an engine quitting.  Instead, “stall” in aviation can refer to several different situations when the engines may be full on, but the plane loses lift ability and falls from the sky.

About pilots, Jeff observes that you are always in better hands with a “stick and rudder” flyer.  Those sorts of pilots have a gut feel for a successful flyer — the same instincts Jacobs has combines with legal smarts to form his own career.

To learn more about Jeff Jacobs and how he has folded flying into his career as a personal injury lawyer and become recognized among aviation accident attorneys, see our earlier article on how “Pilot Jeff Jacobs Brings High Flying Advantage to Firm.”