Partner Jeff Jacobs captured ex-Southern Pacific locomotive 4449 as it steamed up for an excursion run from Portland Union Station on a cold, damp morning in October 2012. 4449 is one of three historic steam locomotives owned by the City of Portland, on display at the Oregon Rail Heritage Center, 2250 SE Water Ave., near OMSI. 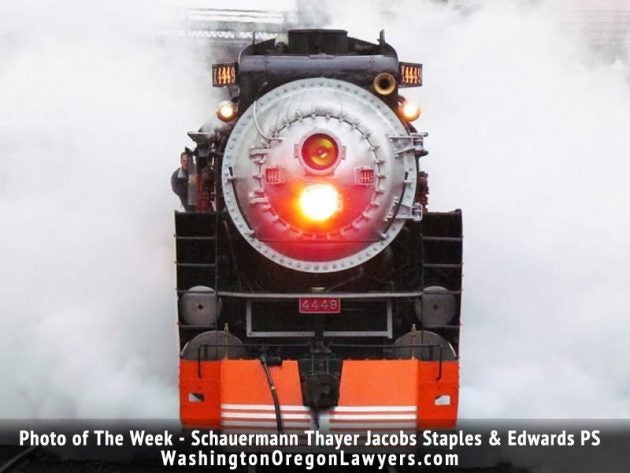