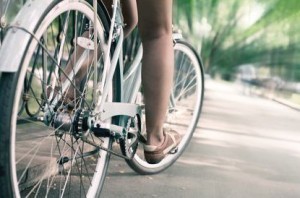 In the past, we have written about sports related head injuries and the dangers of concussion. In that article, we outlined how not all concussion injuries are immediately apparent and we highlighted symptoms to watch out for that may indicate a latent head injury.  Here we take a look at cycling related injuries.

Football related head injuries have been very much  in the news lately and are getting even more attention since Will Smith's new movie, Concussion, was released on December 25th.  Concussion tells the true story of Dr. Bennet Omalu, the medical whistle-blower who blew the lid on the high incidence of brain damage and depression in both retired and current NFL players.

In fact, the first page of results of a Google news search for the term ‘sports related head injuries' is dominated by posts and articles related to football related head injury. It may come as a surprise then, that football is not the main culprit when it comes to head or brain trauma. That dubious honor belongs to cycling which, in 2009, caused more head injuries than football, baseball and softball combined.

There were 743 fatal cycling accidents in the US in 2013, and at least 48,000 injuries. We know the number of injuries is actually far higher because research has shown that police record only a fraction of cycling accidents, possibly as low as 10%.

The most often cited cause of accidents involving bicycles are car collision, falling from the bike, poor road condition and rider error or distraction. Alcohol is often a factor both in reducing the attention and reaction capability of vehicle drivers and in causing cyclists to take undue risks.

Cycling Fatalities in Oregon and Washington

In 2013, there were 3 cyclists killed in Oregon. In Washington, in the same year, 11 cyclists died. While any number of preventable deaths is too many, these figures pale in comparison to cyclist fatalities in Florida and California which numbered, respectively, 133 and 141. Even given the larger populations of these states, cyclists deaths as percentage of the traffic fatalities is high.

Cycling Deaths as a Percentage of Traffic Fatalities

There are a number of local and national government initiatives aimed at making cycling safer for everyone. In some states for example, the wearing of cycling helmets is mandatory. Others have age related requirements like Oregon, where all cyclists under the age of 16 must wear a safety helmet and if they do not then the parent or guardian is held responsible.

Washington is one of the few states where there is no state-law requiring helmet use.  Even so, each city and county in Washington can issue its own regulations for cyclists to wear helmets within town boundaries. Vancouver is one such city–requiring both adults and children to wear a helmet when biking in a public area.

The combined cost to the nation of bicyclist injury and death is over $4 billion a year. Needless to state, no monetary sum can be placed upon the cost to a family of losing a beloved member in a preventable cycling accident.  That said, when taking correct precautions and cycling safely, cycling is a liberating and healthful  leisure activity which promotes health and is good for the environment.