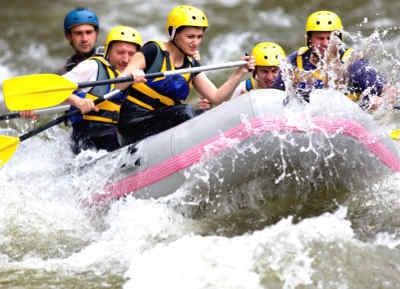 As personal injury lawyers it is expected that we see a large number of cases where the injured party played no part in the events that led up to them being hurt. An example might be a pedestrian taking a Sunday stroll on a sidewalk and being struck by an out of control car. That walker did nothing out of the ordinary and had every right to expect to return home that day as normal instead of being laid up in hospital for three weeks with a shattered hip.The courts will most likely find entirely in his favor and he will be fully compensated for his medical costs, pain and inconvenience.

However, not every case is so cut and dried. Often the injured party has some involvement in the activity that led to injury. In the case of our walker above, had he being recklessly jaywalking along the side of the road when the out of control car struck him then he could be said to be at least partly to blame. The compensation he may win in court will be tempered by the percentage of blame that gets assigned to his actions prior to the injury.

What happens however when a person is injured when participating in an activity that involves  risk? Anyone who has ever done a one off exciting holiday activity like skydiving or white water rafting knows the answer to that one. You will have signed a pre-activity indemnity clause or waiver  but let me ask you … when was the last time you actually read an indemnity clause? Exerted below are extracts from an actual indemnity contract for a Washington based extreme outdoor activity:

In other words, you are accepting any and all associated risks including everything from lightening strike, attacks by rogue bear and the negligence of others. Others being maybe, the organizers and their team?

Wow. Okay, so there you have it. According to these first two clauses alone, this organizer accepts no responsibility whatsoever. Not for the actions of its staff nor the condition and suitability of the equipment it uses.

The contract that this was taken from goes on for two pages and may give the impression that the participant having signed the document will then have no recourse to the law should he sustain any injury during the adventurous activity. However, that is not actually the case because an indemnity contract only protects the organizer of extreme activities from liability to the extent allowed by the law of the state in which the case will be heard. For those that plough through the whole document, this much is admitted in the following clause:

I agree that the purpose of this agreement is that it shall be an enforceable release of liability and indemnity as broad and inclusive as is permitted by Washington law. I agree that if any portion or provision of this agreement is found to be invalid or unenforceable, then the remainder will continue in full force and effect. I also agree that any invalid provision will be modified or partially enforced to the maximum extent permitted by law to carry out the purpose of the agreement.

So, the organizer acknowledges that although the earlier clauses appear to indemnify him from any possible eventuality, this may not in fact be complete protection from liability in court. Nevertheless, only those items not found valid should be discounted and everything else would apply.

One last thing to note in this extensive document:

9. APPLICABLE LAW, FORUM & ATTORNEY'S FEES:
This agreement is governed by and shall be construed in accordance with the laws of the state of Washington, without any reference to its choice of law rules. I agree that any dispute arising from this Agreement or in any way associated with the Activity shall be brought only in the Superior Court of King County, Washington, or in the U.S. District Court for the Western District of Washington, and I agree to the jurisdiction and venue of those courts for any such dispute. In any litigation in which the validity or enforceability of this agreement is contested, I agree that the prevailing partywill pay all attorney's fees and costs of the parties seeking to uphold the agreement.

According to this contract then, they do not accept any liability for injuries you might sustain due to their own employee negligence or poor equipment and should you decide to fight them for compensation in court you will pay both your attorney fees and costs and theirs. Okay, so although it seems extreme, this is a fairly typical indemnity contract. The question is – would it hold up in court?  The answer, as in most cases, will depend on a careful analysis of all the facts involved and the specific indemnity agreement that was signed.  We will be pleased to offer you a free consultation to explore your case.