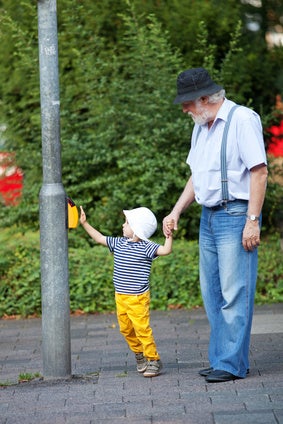 Drivers need to maintain more awareness of pedestrians as cities in the USA note a higher rate of injuries and deaths on their streets.

As a recent blog post from this website noted, we have had what seemed to be a rash of tragic auto-pedestrian injuries and deaths in the Vancouver/Portland metro area this past year.  Apparently it is not a problem unique to our geographic area.

According to an article published in the Wall Street Journal's Weekend Edition “U.S. News” section from Saturday/Sunday December 20-21, 2014, several big cities in the United States have been making a push to reduce pedestrian deaths.  Entitled “Cities Target Elevated Pedestrian-Death Level“, the article notes that there were reportedly 4,735 pedestrian deaths in the United States in 2013[1], less than in 2012, but still 15% higher than in 2009, per National Highway Traffic Safety Administration data recently released.

“…remember the roads are frequently being used – after dark as well as during the daylight hours – by fragile human bodies walking on foot, skateboarding, and riding bicycles, whose lives and safety are the responsibility of all of us.”

Urban traffic planners are recognizing that many city streets were not originally designed with pedestrians and bicyclists in mind – the movement of automobiles was the concern at the time – but in today's world of increased foot and bike traffic, automobile drivers need to get used to sharing the road.  Their ambitious goal is to reduce pedestrian deaths within their cities to zero.

One can see evidence of similar efforts to enhance pedestrian safety and bicyclist safety occurring here within our local Vancouver and Portland urban traffic systems.  It is a good thing, and hopefully our city planners will continue to work toward eliminating traffic deaths in our community.  Still, headlines announcing local pedestrian fatalities and severe injuries have been all too common over the past year, reminding us that it is everyone's responsibility to be safe and prudent – that in the process of getting from here to there in cars and pickup trucks, we need to slow down and remember the roads are frequently being used – after dark as well as during the daylight hours – by fragile human bodies walking on foot, skateboarding, and riding bicycles, whose lives and safety are the responsibility of all of us.