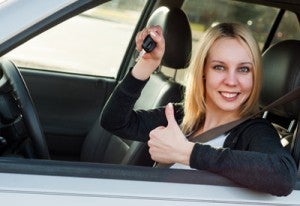 In many ways, today's cars are very much safer than they used to be. On board safety equipment such as seat belts and airbags are standard while regular mandated vehicle maintenance checks that tires, brakes and other motor vehicle auto parts are all in perfect working order.

We also have legislation governing safe driving practices such as the compulsory use of seat belts and state specific regulations on the use of smartphones. Although states may disagree on what constitutes a ‘novice driver' (for example in Oregon that is all drivers under the age of 18 while in Washington a novice driver is one that is holding  a learner's permit or in the intermediate state), all states have taken steps to curb distracted driving in both novice and experienced drivers.

What cannot be regulated for however, is the personality and ability of the driver. Some people are just naturally good drivers, never distracted from the road, alert to other road users and bringing a calm focus to their control of the vehicle.

Others, are simply ‘accidents waiting to happen'; too fast, too slow, easily distracted, and with no regard for other road users or the condition of the road, traffic or vehicle itself.

Typically, the first set of careful drivers will save on their auto insurance over time as their rates are adjusted to performance over the previous insured period.  Reckless drivers will feel the pinch in their pocket as their insurance companies calculate how much more likely they are to cause accidents and ding their own or others' cars.

Young and inexperienced drivers often get a bad rap in this regard but you do not have to be young or inexperienced to be a bad driver. Some older drivers have developed bad habits. Perhaps they started driving at a time when the wearing of seat belts was not compulsory and drink driving laws were more lax. Perhaps they have just got complacent and do not focus 100% of their attention of the task at hand.

For those of any age and level of driving experience who pride themselves on being consistently careful and good drivers, wouldn't it be nice to reap the rewards now – rather than in a year's time?  And especially for young drivers, how motivating would it be to be able to save on their insurance while developing great driving habits right fro the moment they gain their first set of wheels?

You can bet your bottom dollar that careful drivers  cost insurance companies far less in compensation every year. The more competitive of the auto insurance companies look for ways to pass some of these savings on to the consumer.  In Washington and Oregon for example, state approved voluntary Defensive Driving or Traffic School courses may make you eligible for a car insurance reduction.

As well as the claim-free discounts mentioned above, some insurance companies offer usage-based discounts. These programs are a ‘pay-as-you-drive' system, requiring the use of a plugin device to monitor your driving ability. The device records things like how fast you drive, how hard you brake and at what times of day you drive.

A similar initiative is a mobile app developed by Censio which has won the support of Progressive Insurance. The app uses sensors in the driver's phone to record speed, hard brakes and whether the driver is using his phone while driving and it is to be trialed by Progressive in an upcoming pilot program. If successful, it is certain that other insurance companies will follow this lead and look at mobile devices as a way of monitoring driver safety.