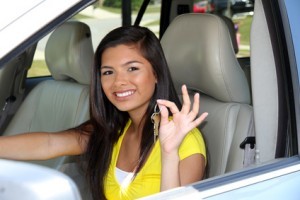 Remember when you first could drive? Thankfully, teen driving accident statistics show a decline in accidents.

Among the most heartbreaking events we see in our day-to-day practice as lawyers handling wrongful death and personal injury cases are incidents of severe injuries or death caused to children and teenagers from auto, motorcycle, bicycle, skateboard and pedestrian accidents. Permanent disabling injury—or worse yet—death, is awful to deal with when the victim is any age, but in the case of a youthful life cut short, the tragedy of the situation for parents, family, and friends is compounded many fold. The Oregonian on Saturday May 30, 2015, however, actually had some good news for a “There has been a striking drop in the number of people killed and injured in teenage car crashes in the past 20 years. . .”

The Oregonian article goes on to explain that there has been a 56 percent drop in deaths with respect to crashes involving teen drivers, and a 51 percent drop in teenagers injured, from 1994 to 2013, according to federal data. The reason for the decline is uncertain, but the article suggests that it may relate to a combination of states having passed laws against talking and texting on cell phones while driving, “intermediate” drivers' license and teen nighttime driving restrictions laws, improving safety features like air bags in the cars being driven today, and the price of gasoline. Another possible reason, the one which surprises me perhaps the most, is simply that many teenagers today are apparently in no rush to get their driver's license.

Whatever the reason, the data is encouraging. Hopefully the trend will continue. Certainly the opportunity to educate youthful drivers, passengers, bicyclists, skateboarders, and pedestrians has never been greater, as so many youngsters these days have smartphones, tablets and computers—devices that they monitor often. Through these portals, they can be and are being reached with factual and visual presentations designed to open their eyes to the hazards of dangerous behavior, while driving, walking, etc., in ways that a stern warning from parents was never able to accomplish. It is a very good thing. As long as, of course, when they view the message on their smartphone that encourages them to behave safely, they aren't behind the wheel of a car.