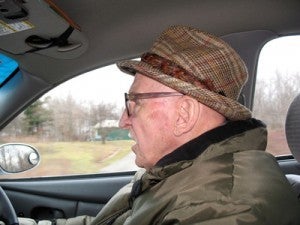 It can be hard to admit, but our age does have an impact on driving safely.

As we age, there are often signs that we are not driving as safely as we once did.  Sometimes this can be hard to recognize because, let's face it, no one really wants to look for reasons why their freedom to drive may be at risk.  But what about other people on the road — what about their very lives that could be at risk?  We've seen a number of wrongful death and auto accident cases in Washington and Oregon related to older driving, and believe safety should be the primary concern.

The Rand Corporation did an extensive study on age of drivers and the risks they pose.  While they found that older drivers do mitigate their driving frequency, and how they drive, as the population grows older, there are concerns to address.  According to the Rand report:

A rash of tragic, highly publicized accidents caused by older drivers (65 and older) has raised fears about the risk such drivers pose to others. And, as their numbers increase, the issue will become more urgent: By 2025, drivers 65 and older will represent 25 percent of the driving population, compared with 15 percent in 2001.

The report took special care to point out that other age groups, including risk-taking teenagers also pose a risk. However, Rand reports a 16% higher likelihood of an elderly driver causing an accident.

Our government has also taken an interest in driving safety for seniors.  Noting that, “An average of 500 older adults are injured every day in crashes”, the CDC — Centers for Disease Control —  has a good list on their “fact sheet” page to help older drivers focus as the get around town.   They continue to advise that, “in 2009, there were 33 million licensed drivers ages 65 and older in the United States. Driving helps older adults stay mobile and independent. But the risk of being injured or killed in a motor vehicle crash increases as you age.”

There is also research available by the Federal Highway Commission showing that a relatively high percentage of senior drivers have accidents in intersections, and that they have more trouble during left turns with gauging oncoming traffic.

As we age, we all face the same considerations for safety on the roads.  So we'll end with a self-check list from the AARP you can use to consider warning signs for when you or a loved once should consider not driving as much or at all: