Bicycle safety and accidents go hand in hand, and most cyclists are safety conscious.  Many accidents occur when the driver of a car or other automobile loses awareness of bicyclists and safety rules.  In addition to bike accidents involving a vehicle, we see many bicycle accidents where no vehicle is involved other than the bike. 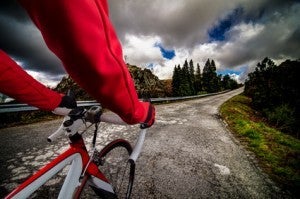 Bicycle Safety and Accidents are two sides of the same coin that we focus on at Schauermann Thayer Jacobs Staples & Edwards (STJSE), PS.

The NHTSA – National Highway Transportation Safety Administration – encourages all road users, including motorists and bicyclists, to respect each other and foster a safer transportation environment. As NHTSA observes, “Bicycles on the roadway are, by law, vehicles with the same rights, and responsibilities as motorized vehicles.” This aligns with Washington Law which grants to a person riding a bicycle on the roadway all of the rights and requires all of the duties applicable to the driver of a vehicle.

But some motorists at times seem to be unaware or to lose sight of these guidelines.  And, it's not uncommon to see a local news article, like this one from 2013 in the Vancouver Columbian that reports “The person responsible for the accident was not immediately clear, according to Botvinnik. He said alcohol was not a factor.”

There are a number of bicycle accidents that happen due to other obstacles and mishaps. A recent New York Times blog article recounts the results of a surgeon who studied over 2500 bicycle related injuries at one San Francisco hospital and found that over half were non vehicle related. She surmised that “many cyclists with severe injuries were swerving to avoid a pedestrian or got their bike wheels caught in light-rail tracks, for example.”

Usually it is the bicycle rider that is injured critically in an accident involving another vehicle. However, one recent bicycle accident case, that did not involve a motor vehicle, reached the Washington State Supreme Court. In that case, the cyclist struck a wooden post.  As she approached an intersection, she had to veer to the left to avoid striking temporary fencing that had been installed on the bike path by a construction contractor to prevent public access to a nearby construction site.  After navigating around the fencing, she looked up, just in time to see a wooden post that was erected to keep vehicles from entering the paved bike path.  Unfortunately she was unable to change her direction before striking the pole. She fell from her bike and as a result was rendered paraplegic,” he explains.

In that case, the city first claimed that it had no liability due to a “recreational immunity statute”, but the State Supreme Court disagreed.  It held that:

To establish entitlement to recreational use immunity, the City must prove its portion of the I-90 trail is open to the public for outdoor recreation. Whether the City allowed the public to use the trail for purposes of outdoor recreation is a contested factual issue. Because the trier of fact [the jury] could find that the I-90 trail is open for the public purpose of transportation rather than recreational use, the Court of Appeals correctly held the City was not entitled to summary judgment in its favor.”

Whether the cyclist's injury occurs as a result of another driver's negligence, or some other person or entity's negligence, our firm's job is to identify the source of harm and maximize our client's recovery. We focus our practices exclusively in personal injury claims and are experienced in the specific issues pertinent to injured cyclists.