The one thing every cyclist feared happened to a bicyclist last night. Last night Nicholas Badger, a 28 year old from Gresham, Oregon, was driving near the intersection of Norris Road and NE 18th Street. It was only 8:30 p.m. Details have not yet been released, but early investigation reveals that Mr. Badger struck the bicyclist at or near the intersection. The cyclist's name has not yet been released, though medical staff at a local hospital are treating him or her for neck and head injuries and he or she is listed as being in critical condition. Mr. Badger is scheduled to make a first appearance today on charges of vehicular assault and driving while impaired. 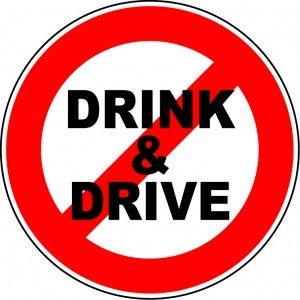 I'm a cyclist myself. I know what it's like to be on the road, exposed and vulnerable, with only a helmet and my own defensive cycling techniques to protect myself. Sometimes, like last night, that's not enough. When motorists blatantly disregard the safety rules designed to protect us, even the most responsible cyclists (and pedestrians, and motorists, and children, and…) are exposed to dangerous or even life threatening injuries like those suffered by the cyclist.

So other than not drinking and driving ourselves, can we do to keep our roads safer? We should be tattle-tails.

We should all be on the lookout for drunk drivers. If we notice or suspect another motorist is driving under the influence of drugs or alcohol, we should call 911 or otherwise report the conduct. By doing so, we can help law enforcement officers better identify those exposing us to the greatest risk of harm and injury.

On his own alcohol related blog, Alcohol: Problems and Solutions, David J. Hanson, Ph.D., a Professor Emeritus of Sociology of the State University of New York at Potsdam, gives some of the most common signs of drunk driving. They include:

Clearly we know the responsibility rests with the drunk driver. We would never advocate anything less. It's simple really, if you drink, don't drive. The risk of harm is too great. We also know that impaired drivers are on our roadways. If by identifying a drunk driver and contacting authorities to get him or her off the roadway we prevent even one impaired driving injury or fatality, we have succeed. We have made our roads safer for everybody.

If you or a loved one have been inured or killed in a drunk driving accident, know that you may have certain rights and recoveries not available to those injured in non-alcohol related crashes. We are experienced in handling these types of cases and are always available to answer any questions you might have. We offer free initial consultations and a team of Washington and Oregon licensed attorneys to assist in bringing your case or claim.