Riding a Bike Without Protective Gear: Who is Responsible for Your Injuries? 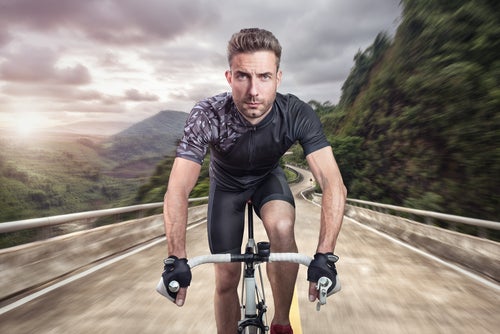 Cycling in the Pacific Northwest is both a popular pastime and a healthy, environmentally-friendly method of travel. However, it can also pose a danger to the cyclist. Riders should always wear protective gear, such as a helmet and protective clothing. That does not always happen, which leads to questions about what to do when a person not wearing protective gear is injured by another's negligence. There is no clear authority on the issue, but there are some similar situations that can help us understand the way a court may treat a cyclist's failure to wear a helmet. In any cycling accident, the team of attorneys at Schauermann Thayer Jacobs Staples & Edwards PS may be able to help you recover compensation for your injuries.

Comparing Negligence in Washington and Oregon

In any accident, including a bike accident, the driver who hit the cyclist may claim the rider was negligent in the way he or she was riding. Comparative fault can reduce, or in some cases bar, the cyclist's ability to recover damages. Washington and Oregon treat comparative fault differently, even without considering questions for failure to wear safety gear.

If a cyclist is determined to be 70% responsible for his or her injuries, for example, then he or she can only recover 30% of the damages that would have been awarded if the cyclist was without fault in an accident. There is no limit in Washington state as to the amount of fault that a person can be attributed while still receiving compensation; even if a cyclist is 99% at fault in his or her accident, he or she can still recover 1% of the damages he or she suffered.

Helmet Laws in Washington and Oregon

Determining the degree of fault to which you will be held responsible in your accident if you were not wearing a helmet may depend on the helmet laws in place in your state. In Washington, there is currently no state-wide helmet law in place. However, some cities and counties do have laws in place, so it's important to know the helmet laws in the areas in which you are cycling. Oregon law requires any cyclist under the age of 16 to wear a helmet. However, there is no mandatory helmet state law for riders age 16 and older.

If your bike accident happened under circumstances where you were required to be wearing a helmet, the insurance company may argue that you were negligent in your failure to wear the safety gear. The effect it may have on your case may depend on the state in which it occurred, and whether the court can be persuaded it is admissible evidence in the first place.

In a Washington bike accident, you would try to persuade the court that your failure to wear a helmet is similar to the seat-belt defense. Therefore, non-use of a helmet would not admissible in evidence. In an Oregon bike accident, the argument would be the same. You would try to persuade the court to only allow it to limit your damages by 5%. These may be difficult arguments to win. However, it is important to use all the tools at your disposal to prove your case.

Injured in a Bike Accident in Washington or Oregon?

If you are suffering injuries from a bicycle accident in Washington or Oregon, you may be entitled to compensation for your injuries. The team of personal injury attorneys at Schauermann Thayer Jacobs Staples & Edwards PS have decades of combined experience helping those who were wrongfully injured seek fair compensation for the pain they didn't deserve to suffer. To schedule a consultation to speak with an attorney about your accident, fill out an online contact form or call (360) 695-4244 today.