Seat Belt Use In Washington & Oregon

“Seat Belts Save Lives” is not just a public service announcement; it is a reality. A recent publication by the National Highway Traffic Safety Administration (“NHTSA”) found a clear correlation between seat belt usage and lower rates of death in automobile collisions.  The study looked at overall rates of seatbelt usage by drivers in the United States and in fatality collisions.

Overall, the news is positive.  According to the US Department of Transportation,  90.3% of drivers in 2020 reported seat belt use during daytime hours. Over the past fifteen years, there has been an increasing trend in daytime seatbelt use. Perhaps unsurprisingly, this has coincided with a reduction in daytime occupant fatalities.

NHTSA then crunched the numbers on 2019 fatality collisions. There were 22,215 vehicle occupants killed during that year, and 47% of them were not wearing seat belts.  Compared to 2017 data, when an estimated 14,955 lives were saved, and another 2,549 lives could have been saved with seat belt use, the conclusion is obvious: wear your seat belt.

In Washington, seat belt usage is not admissible evidence in a personal injury case. In Oregon, failure to properly wear a seat belt is effectively an automatic 5% reduction in a victim's damages. Regardless, seat belt usage can reduce the probability of serious injury or death in an automobile collision.

There are certain built-in risks to driving. Auto manufactures, traffic safety engineers, and governments do what they can to reduce the consequences of those risks. But individuals have a responsibility to also take the easy and basic steps toward protecting themselves. Seat belt use is a critical piece of the puzzle. 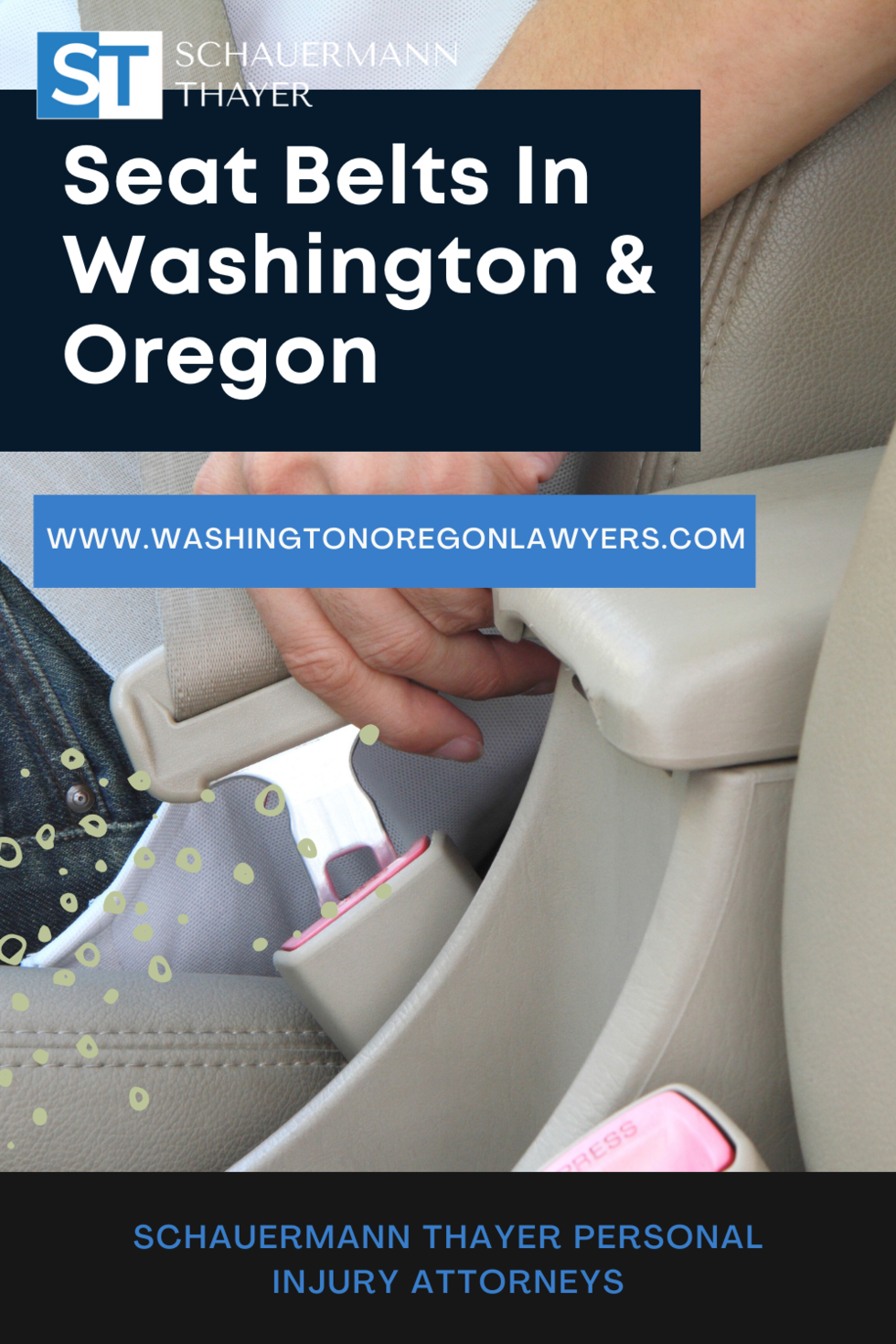