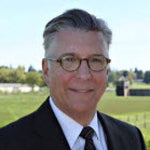 Formerly a founding partner, along with Bill Thayer. Effective July 1, 2015, Craig Schauermann transitioned from managing partner of the firm to an “Of Counsel” role with the firm. Craig continues his long history of mentorship to the firm's attorneys and contributes to the firm's active handling of its cases. You may contact him via this page, but he is not taking on new cases directly in his new role with the firm.