Do I Have To Pay Back PIP Benefits From My Verdict Or Settlement? 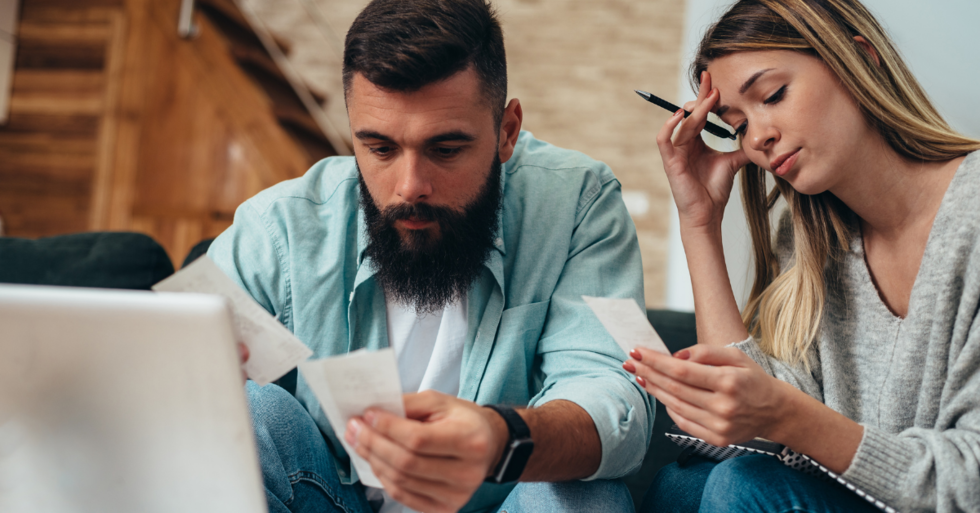 Do I have to pay back PIP benefits out of my settlement or verdict?

Sometimes, when a case is at its end — whether that is a settlement or a jury verdict – clients think that means the case is over. To many clients, it is a sad realization that a huge part of a personal injury case is parsing out how the money from the settlement or verdict is divided up.

One of the most common places a good portion of the funds goes into our client's own insurance company. However, PIP reimbursement is not always required, which can mean that our clients receive a larger benefit from the settlement or verdict.

In general, PIP is a no-fault insurance policy. It covers the reasonable value of medical expenses or lost wages incurred as a result of a motor vehicle accident. It is first-party coverage, meaning you purchase it for yourself and your passengers. Although it can cover more than that, the scope of what PIP covers is a separate question from what gets paid back. 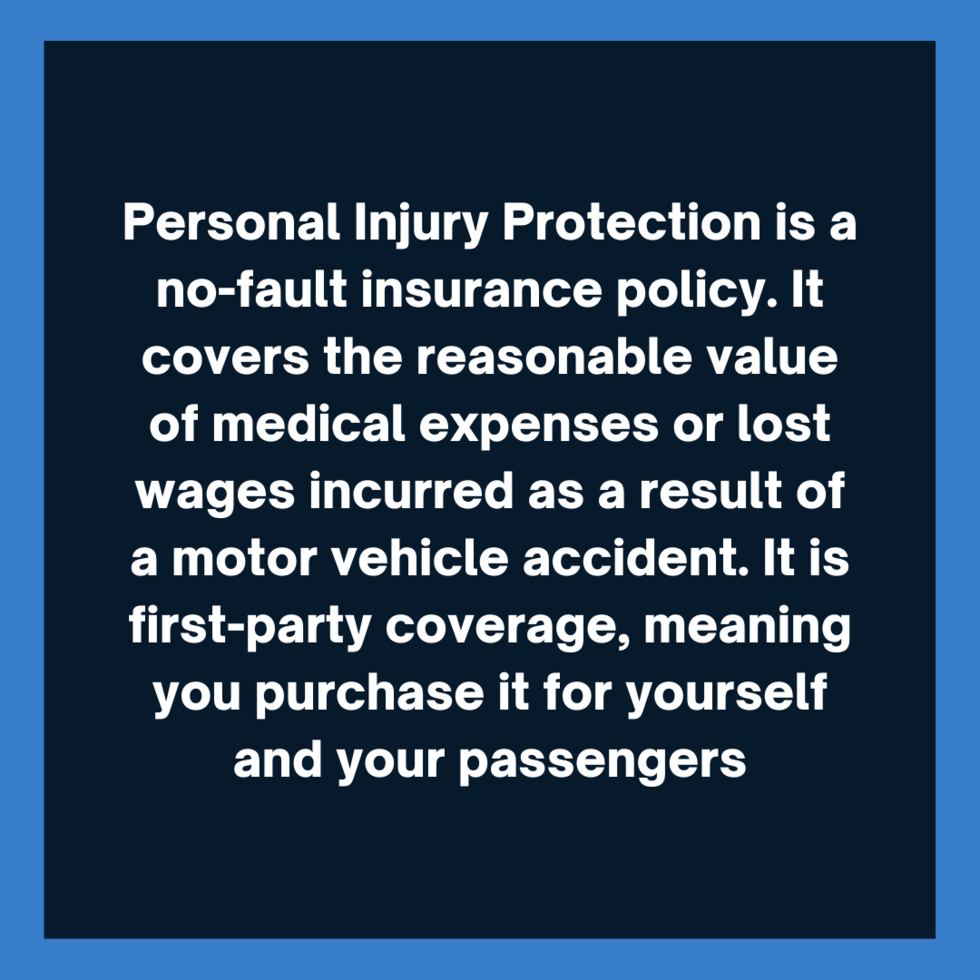 Why Do I Have to Pay My Own Insurance Company Out of My Settlement?

You will not always have to pay your PIP carrier back, but that is the exception. In general, you will have to pay those benefits back after a settlement.

As a business, insurance about shifting risk and costs. When an insurance carrier sells you a policy, regardless of the coverage, the company is taking a gamble that things will go well, and you won't have to make a claim.

However, insurance companies also understand that some people will have to make claims. For that reason, they write into their contracts that they are entitled to reimbursement if another party is found to be at fault. 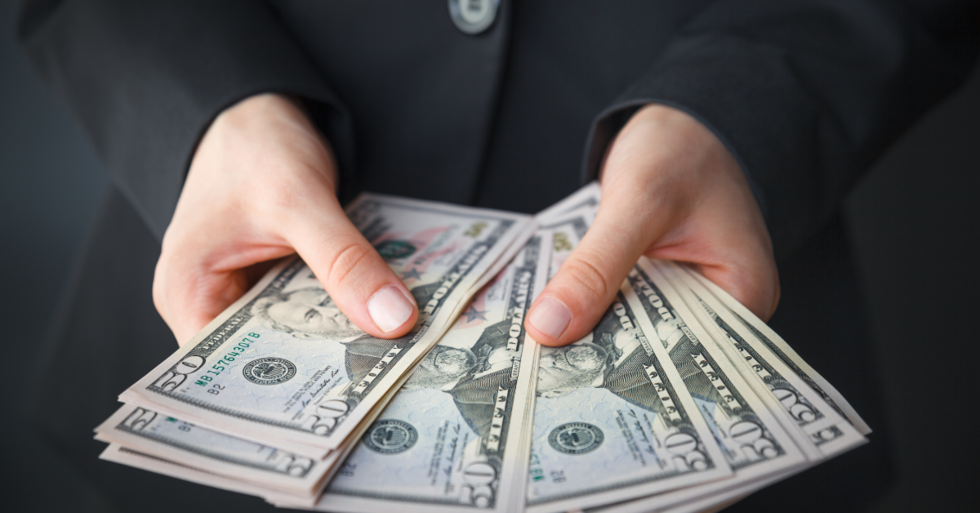 In Washington, the general rule is that an injured person must be “made whole.” In short, that means that if the at-fault driver's insurance policy is insufficient to cover the damages, the injured person is not required to reimburse PIP.

Similarly, if there is disputed liability, or the injured person is found to bear any responsibility for the crash, he or she would generally not be required to reimburse PIP.

However, if the injured person settles the claim or receives a jury verdict for less than the policy limits, he or she must generally reimburse PIP a proportionate share — which can be a complicated analysis – of the funds PIP spent. 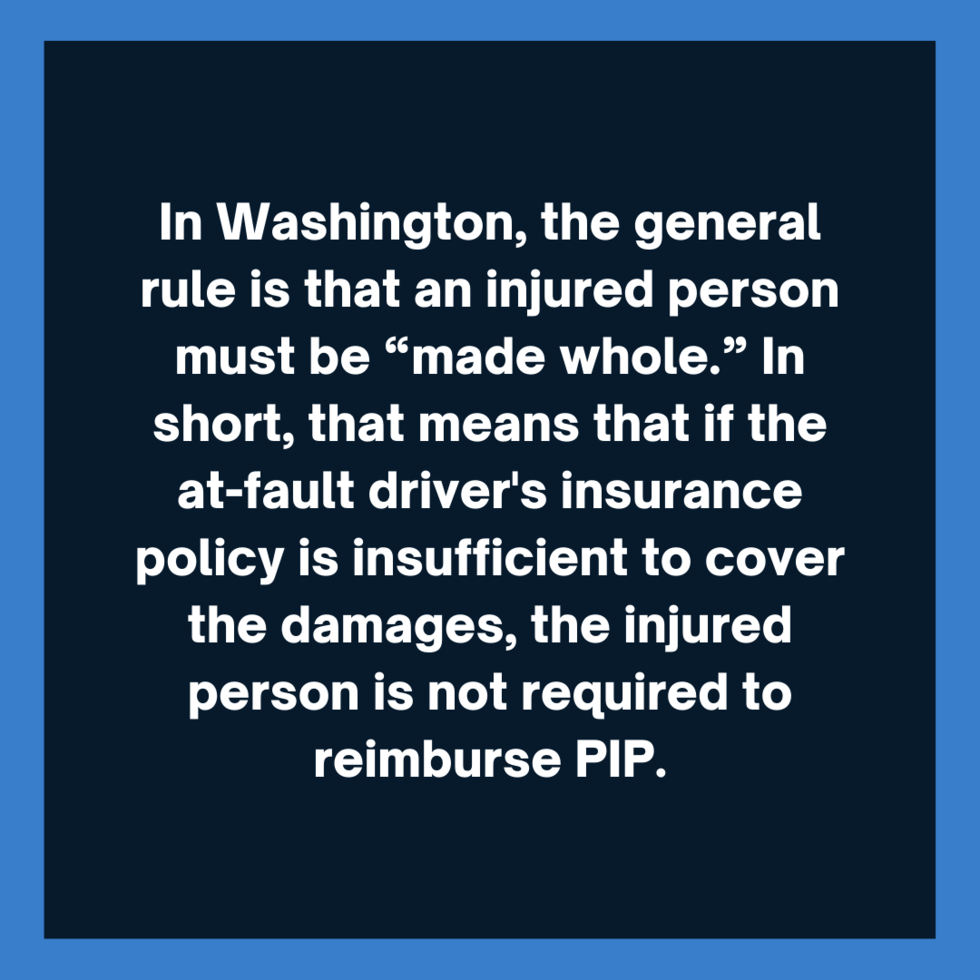 What if The Other Driver Did Not Have Insurance?

This is a less common scenario, but it does come up on occasion. The boiled-down version is that the injured person has to make a claim against his or her own UM/UIM policy. Then we can get into somewhat messy insurance law analysis.

In Washington, the UM carrier acts like a third-party insurer for damages and personal injuries, but it can take credit for all the dollars it paid out from PIP. In other words, when a Washington insurance company is footing the whole bill, the question of “paying it back” matters less because it is two departments of your insurance company working with one another.

Your insurance company is generally required to act in your best interests.

In Oregon, it does not matter whether the at-fault driver had insurance. The analysis is the same. 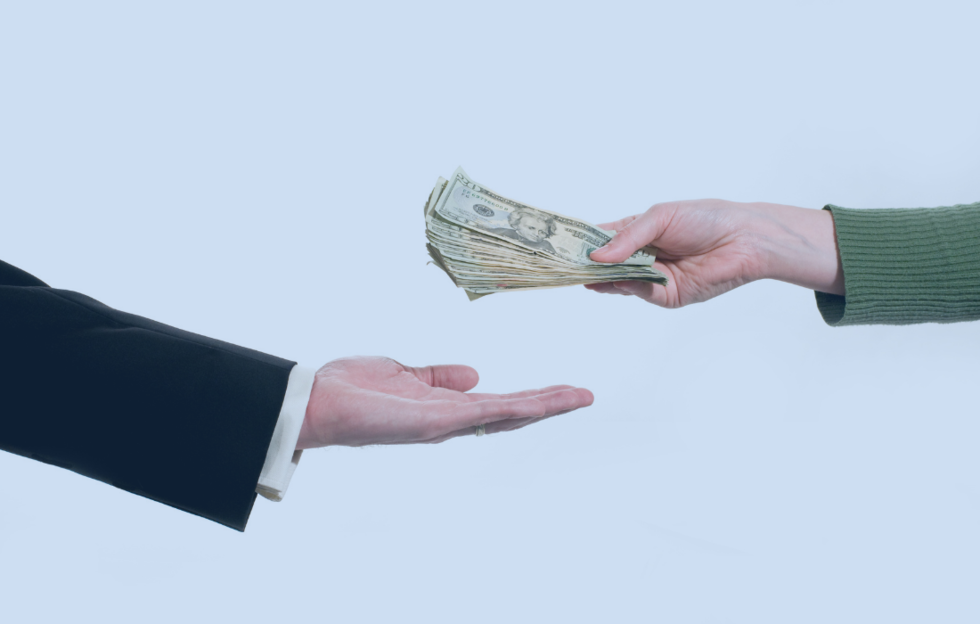 Oregon law is simpler than but not as generous to injured persons as Washington law. The general rule is that you have to pay back your PIP benefits from the overall settlement or award unless you can show you were not made whole. To establish that you are “made whole” in Oregon, there is a three-step analysis.

Second, the total damages, economic and non-economic, should be established. This may be by jury verdict, arbitration award, or by negotiation with your insurance company.

Finally, only if the total amount of damages is more than the total of all the applicable limits is PIP reimbursement waived. If the injured person is found to be partially at fault for the crash, the reimbursement amount is reduced by a proportionate percentage of fault.

What Does it All Mean?

In both Oregon and Washington, you will generally be required to pay back your insurer the money it spent on your medical expenses or wage loss. There are some exceptions to this rule, including a policy limits settlement (there is some difference to how that works in Oregon and Washington) and a disputed liability case in Washington. This is partly by the operation of the insurance policy, statute, and case law. The aim is to make the responsible party be the primary target to pay the damages caused. 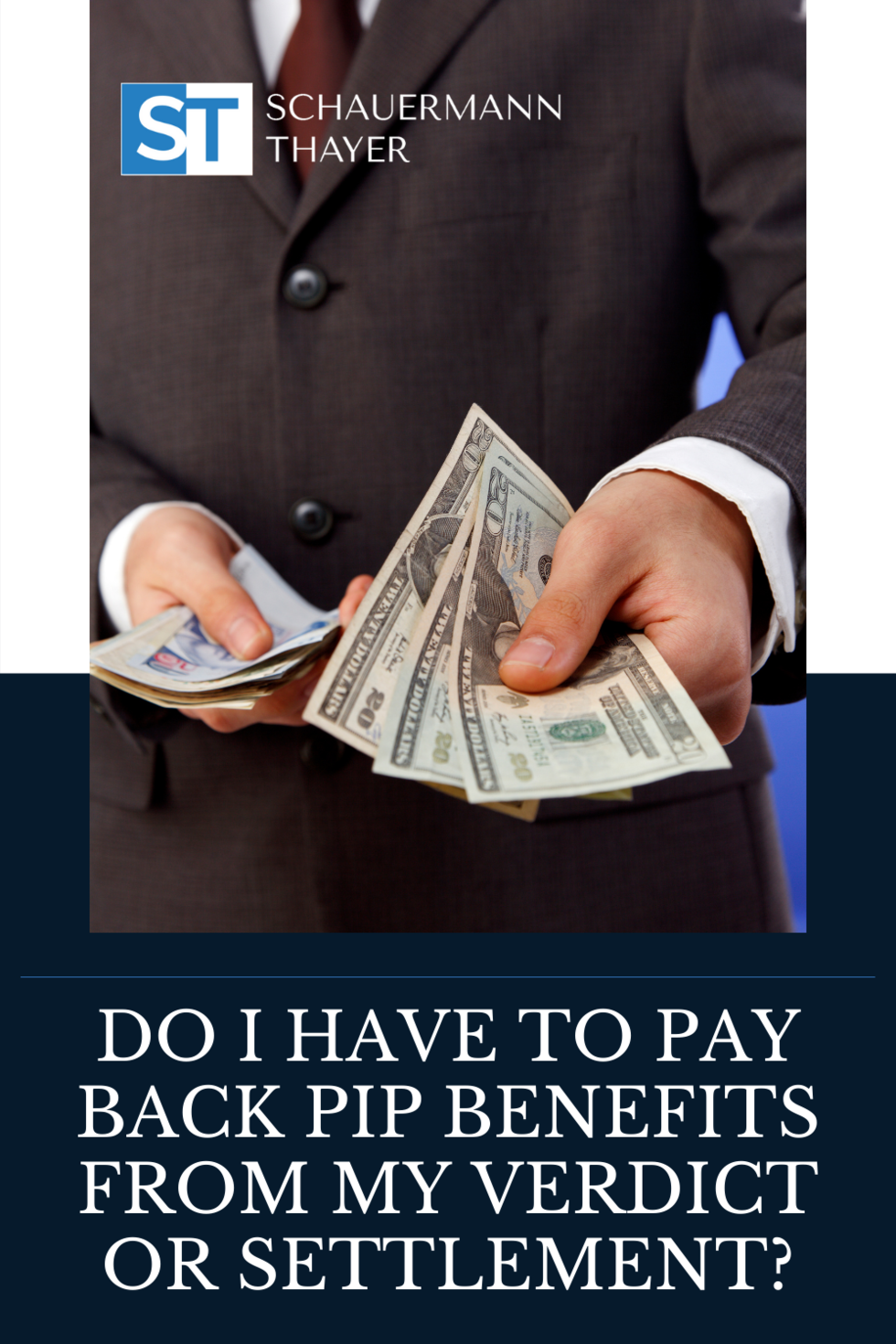