If My Car Crash Happened on a Bridge, Is it a Washington or an Oregon Case? 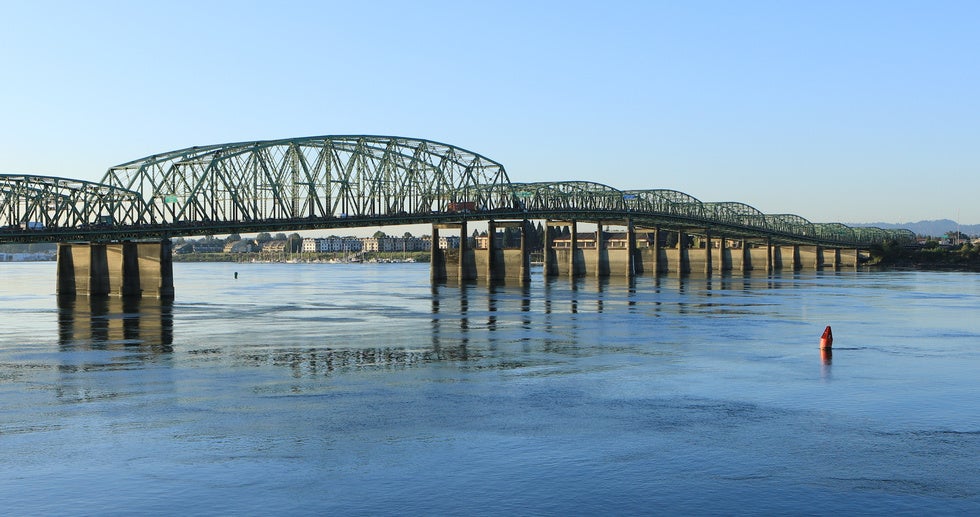 If My Car Crash Happened On a Bridge, Is it a Washington or an Oregon Case?

When collisions occur on the span of the bridges over the Columbia River between Washington and Oregon the rule is that the two states share jurisdiction.

Oregon has a statute, ORS 507.020, entitled “Waters deemed Oregon-Washington concurrent jurisdiction waters” states: “The waters over which the States of Oregon and Washington are deemed to have concurrent jurisdiction comprise the waters of the Columbia River and its tributaries, within the confines of the States of Oregon and Washington, where such waters are state boundaries.”

Despite the agreement among states that concurrent jurisdiction exists, by statute each state has established a geographical boundary between Oregon and Washington essentially at the midchannel of the Columbia River.  See ORS 186.510; see also Washington statute RCW 43.58.060 entitled “Oregon-Washington Columbia River boundary compact—Terms and provisions” (which aims to “fix with precision by reference to stations of longitude and latitude the boundary between the states of Oregon and Washington”).

The simplest and admittedly least technical way (and possibly even not 100% correct) to explain where concurrent jurisdiction lies in cases involving negligence which occurs on a bridge between Washington State and Oregon is to say—when the negligent acts occur on a portion of the bridge which is over the water, then there is concurrent jurisdiction.

In our practice as personal injury attorneys who work in both states, this means any legal action to recover damages as a result of negligence which occurred on, over, or in the Columbia River may be brought in either Washington or Oregon courts and the statutes in the state where the action is brought will likely control.

The potential complicating factors which can arise in concurrent jurisdiction cases are many and it is likely best to get on the phone with an attorney who fully understands those factors as soon as practicable.