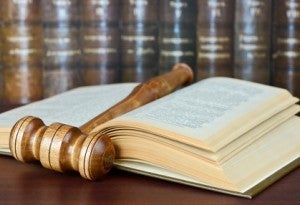 If One's Immigration Status is Generally Not Admissible in Washington, Must a Party Answer Questions About His or Her Undocumented Status at Deposition?

Given the fact that one's immigration status is generally not admissible in Washington courts, it follows that it would usually be inappropriate during discovery for an attorney to inquire of a party or witness as to their immigration status.

Lawyers are governed by rules of ethics. In the state of Washington, the primary source of attorney ethics regulations are the Rules of Professional Conduct (or “RPC”). Most directly applicable to the question at hand is RPC 4.4, “Respect for Rights of Third Persons”. It provides that “in representing a client, a lawyer shall not use means that have no substantial purpose other than to embarrass, delay, or burden a third person, or use methods of obtaining evidence that violate the legal rights of such a person.” The application of this rule to the situation of an attorney's asking questions about a person's immigration status in a deposition or interrogatory is clarified by Comment 4 to RPC 4.4, which states:

The duty imposed by paragraph (a) of this Rule includes a lawyer's assertion or inquiry about a third person's immigration status when the lawyer's purpose is to intimidate, coerce, or obstruct that person from participating in a civil matter. Issues involving immigration status carry a significant danger of interfering with the proper functioning of the justice system. See, Salas v. Hi-Tech Erectors, 168 Wn.2d 664, 230 P.3d 583 (2010). When a lawyer is representing a client in a civil matter, a lawyer's communication to a party or a witness that the lawyer will report that person to immigration authorities, or a lawyer's report of that person to immigration authorities, furthers no substantial purpose of the civil adjudicative system if the lawyer's purpose is to intimidate, coerce, or obstruct that person. A communication in violation of this Rule can also occur by an implied assertion that is the equivalent of an express assertion prohibited by paragraph (a). See also Rules 8.4(b) (prohibiting criminal acts that reflect adversely on a lawyer's honesty, trustworthiness, or fitness as a lawyer in other respects), 8.4(d) (prohibiting conduct prejudicial to the administration of justice), and 8.4(h) (prohibiting conduct that is

prejudicial to the administration of justice toward judges, lawyers, LLLTs, other parties, witnesses, jurors, or court personnel or officers, that a reasonable person would interpret as manifesting prejudice or bias on the basis of sex, race, age, creed, religion, color, national origin, disability, sexual orientation, or marital status).

Thus, while there may be rare circumstances where an attorney could justify probing at deposition (or with written discovery) into whether a witness or party has undocumented immigration status, generally, such questions are inappropriate, and, if objected to, would likely not have to be answered. If however the inquiry is directed at a party who is subject to a final order of removal in immigration proceedings, and who is seeking to be awarded damages for future lost earnings, or who is suing for reinstatement to employment in a wrongful employment termination lawsuit, courts would likely allow discovery as to status. In that event, I would expect that a protective order could at least be obtained, if sought, requiring that the immigrant's answers to such inquiries be maintained confidential, for use only in pursuing a sealed post-trial motion pursuant to the strict limitations against public disclosure thereof set forth in ER 413(b)(1).

In summary, unless there is a future wage loss claim or demand for return to employment being made by an immigrant who is subject to a final order of removal, generally a plaintiff should not be required to answer questions about their immigration status in litigation of a personal injury or wrongful death case in the state of Washington.