In Honor of William Edwards (and Other Fallen Police Officers) 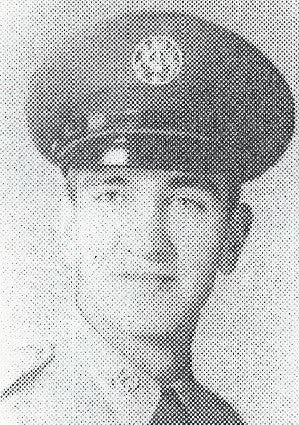 On July 11, 1969, James Earl Arabette (42) and Larry Ray Foster (14) forced their way into the Pasadena, Texas home of Mrs. Floyd Chambers Sackett. They held Mrs. Sackett and her twelve year old daughter, Barbara at gunpoint. Mr. Arabette and Mr. Foster, along with another female friend, Annette Callier (13), forced Mrs. Sackett and her daughter Barbara into Ms. Sackett's car. The three individuals held Barbara and her mother hostage for four days. They traveled north, ultimately, stopping at the Battle Mountain Lodge just outside of Jackson Hole Wyoming.

Inside the lodge, the hostage-takers spent the night and methodically planned their next move. Mrs. Sackett, fearful for her life and the life of her young daughter, felt unable to call for help. Among the unknowing patrons at the lodge was a man who was a suspect in an unrelated trailer heist.

Officers, completely unaware of the hostage situation going on inside the lodge, arrived at the lodge to arrest the trailer heist suspect. Seeing the officers, Mr. Arabette and his two young companions panicked. Officers retreated and called for backup. Inside, Mr. Arabette and Mr. Foster held the entire lodge at gun point. Nine hostages in total cowered behind the armed men. Other officers responded to the scene. Among them was Deputy William “Bill” Edwards and one of his best friends, Deputy Don Sherrod. As the calm of night fell upon the law enforcement officers who surrounded the building, chaos mounted inside the lodge. Ms. Callier and Mr. Foster began arguing. Mr. Foster, just 14 at the time, shot his 13 year old companion 5 times. She died instantly.

Fearing for the lives of other hostages, officers strategized. They were ordered to surround the building, but to not enter. Deputy Edwards, a sense of urgency undoubtedly on his mind, had been eyeing a staircase that led to the basement of the lodge. Certainly he hoped to secretly gain access to the building and get a better vantage point. Armed with his service revolver at his side and his county issued rifle in his hands, he approached the building, and walked down the moon lit staircase. To his dismay the basement door was locked. He tactfully retraced his steps up the staircase intending to return to his companions without exposing himself to gunfire from within the lodge.

Tensions among the officers were high. They knew that one hostage had been killed and had been given orders to shoot if they had a clean shot of the armed gunmen. Deputy Sherrod, armed with a 12-gauge shotgun and totally unaware that Deputy Edwards had attempted to enter the building through the basement, saw the shadowy figure of a rifle wielding man approaching from the darkened staircase. He took aim and fired a single shot, striking the approaching man. A gun battle broke out between the officers and those inside the lodge. Ultimately, Mr. Arabette and Mr. Foster surrendered and all hostages were freed without further harm.

The man on the staircase, Deputy Edwards, my grandfather, died that night. He died from a single shotgun blast to the head—mistakenly fired by one of his best friends and fellow law enforcement officers.

My grandfather chose a life of service. Indeed he had always been a devoted serviceman. He served in the United States military—the Air Force. He served as a Teton County Deputy to the people of Wyoming. And he served as a wonderful husband and father to my grandmother, my father, and my three aunts and uncles. Though I carry his eternal legacy in my middle name, I never knew my grandfather. I wasn't given the chance. His death was prematurely caused by the purposeful choices of two men. Deputy Sherrod may have fired the shot, a shot that he would have literally given his life many times over to take back, but James Arabette and Larry Foster were tried and convicted in my grandfather's death. Their choices left a wake of consequences that would carry many years, even generations, into the future.

My grandfather's story is one of literally thousands of unique stories of men and women who lost their lives in the service of their communities. This week we honor each of them and their families for making the ultimate sacrifice. Our thanks and gratitude will never be enough.