Your insurance company sends you an innocent-looking form in the mail, asking you to just sign and return it. It's your own insurance company, and you've been a customer for years. They wouldn't have you sign something that's against your interest, would they? 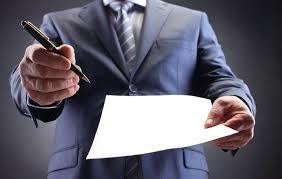 Just last week we read of an insured here in Washington who received a form in the mail from his insurance company, to be signed and returned. It was an undated PIP waiver form. What's wrong with that?

If you're injured in an accident, remember that insurance companies are in business to collect premiums, not to pay claims. They know the law, and they know what your rights are, but you can't count on them to tell you. You can level the playing field, however, by consulting with an attorney experienced in dealing with insurance companies, who will be on your side.

Schauermann Thayer Jacobs Staples & Edwards represents injured people who unfortunately find themselves involved in insurance claims, whether it be with an adverse party's insurance company, or with their own. Call us if you're concerned whether you're being unfairly treated by an insurance company.