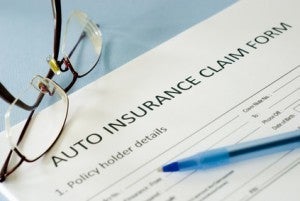 For years, Oregonians have paid their insurance premiums only to find that when they are in a wreck, and really need the coverage, their insurance companies were refusing to pay for damages because of insurance loopholes that allowed them to avoid paying damages caused to the victim of a car accident. This year, Senate Bill 411, removed these loopholes and requires Oregon insurers to provide many of the same protections to Oregon drivers that Washington drivers have enjoyed for years. Senate Bill 411 has been passed by both the State Senate and the House of Representatives and has been sent to the desk of Oregon's newest Governor, Kate Brown, for signature.

So, in order to receive the protections afforded by SB 411, and the benefits of the UIM policy you have, you'll want to make sure that your insurance policy is “reissued” immediately after January 1, 2016.”

To better understand this complicated concept, the following scenario highlights the changes. It plays out all too often to Oregon insureds who are involved in even minor motor vehicle collisions.

Victor purchases both $25,000 in liability insurance and $25,000 in UIM insurance from Insurance Company A. He pays a separate amount for each of these coverages. Carl purchases $25,000 in liability insurance from Insurance Company B. One day Carl isn't paying attention to the roadway, runs a red light, and T-bones Victor who is driving to work. Victor suffers serious injuries in the collision and is rushed by ambulance to the hospital where he is admitted and spends several days recovering from his injuries. His medical bills exceed $50,000 (given the high cost of medical care, his medical bills likely exceed $100,000). Insurance Company B pays the first $25,000 of Victor's medical bills. To highlight the differences between the old law and the new law, the story would continue as follows:

As mentioned, SB 411, affords Oregon drivers the same protection as Washington drivers who are unfortunate enough to have been injured by an underinsured driver. Given the unique geographical location of our office, literally a stone's throw away from the border of Washington and Oregon, we have seen the significant difference in the recoveries we obtain for our Washington clients compared to our Oregon clients. The Oregon insurance scheme was not fair and resulted in additional harm to Oregon insureds.

It is worth noting that the benefits of SB 411 do not go into effect immediately. Instead, the law requires that the pro-stacking provisions be included in all insurance policies issued to Oregon drivers after January 1, 2016. So, in order to receive the protections afforded by SB 411, and the benefits of the UIM policy you have, you'll want to make sure that your insurance policy is “reissued” immediately after January 1, 2016. Talk to your agent about reissuing your policy with the start of the New Year, or you risk losing the benefits provided by SB 411. It's possible that an insurance company could provide the coverage even though it may not be included in your policy, but given the amount of resources insurance companies spent fighting against SB 411, its unlikely the insurance companies will be inclined to offer the benefits you've paid for out of the goodness of their hearts.