Insuring the Autonomous Vehicle – Ready or Not, Here it Comes 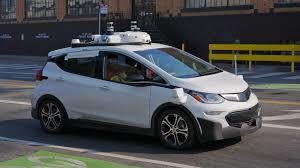 Google's parent Alphabet Inc.'s driverless car unit is Waymo LLC. It has begun working with a five year old California start-up firm, Trov Inc., to insure riders for injuries and lost or damaged property as Waymo's ride-hailing service business model develops into a reality, according to an article in the Wall Street Journal on December 20, 2017 (“Waymo Recruits Startup to Insure Driverless Fares”, by Peter Rudegeair and Nicole Friedman).

Competing with Waymo, auto makers including General Motors and tech companies like Uber are pushing to get a commercial fleet of autonomous vehicles on public roadways after years of testing. And by the way, it looks as if the future is soon to become the present – Waymo's CEO in November indicated, for example, that it may be only “months away” from offering rides in its driverless vans to consumers in the Phoenix metro area.

According to the Wall Street Journal article, auto insurers are having to consider how to respond to the threat that driverless technology poses to their business model. No doubt! “As much as 80 percent of the premiums paid to car insurers are at risk of disappearing in coming decades if autonomous vehicles make driving safer and prompt big changes in car ownership.” If that is true, then a sea change is about to occur within the auto insurance industry as our national transportation model keeps pace with technological advancements.

In any event, this new insurance company Trov's focus is on providing “usage-based” insurance, which changes in response to the customer's needs or actions – insurance that can be turned on or off with a swipe on a smart phone, with premiums tailored to the individual items or events being insured, unlike traditional auto and homeowner or renter policies that provide blanket coverage – stated another way, Trov's technology assesses risk only during periods when its users have “swiped” on their coverage. Per the WSJ article, the Trov policies with Waymo will be underwritten “by a unit of reinsurer Munich Re AG, who's venture-capital arm led a $45 million fundraising round for the startup earlier this year.”

From the sounds of it, however, this new type of insurance coverage will simply be for passengers of the Waymo vehicle during the length of the ride, and the Trov insurance policies would only cover the purchasing rider inside the driverless car, not any outside persons or property that may have been injured or damaged by an autonomous vehicle that failed to perform as hoped.

Appropriately, some states are considering passage of special new insurance rules for driverless cars. According to the WSJ article, “[E]arlier this year, California regulators proposed that manufacturers of autonomous vehicles would have to have $5 million in liability insurance to provide coverage.” Since the new Trov insurance policy model will only cover passengers inside Waymo's driverless cars, let's hope our state legislators get busy and pass a similar mandate before autonomous vehicles become en vogue here locally. It has long been the public policy to mandate that all users of our state's roadways carry liability coverage. That goal will only be advanced if all on the roadways being put at risk by the driverless car experiment likewise have access to mandated liability coverage.