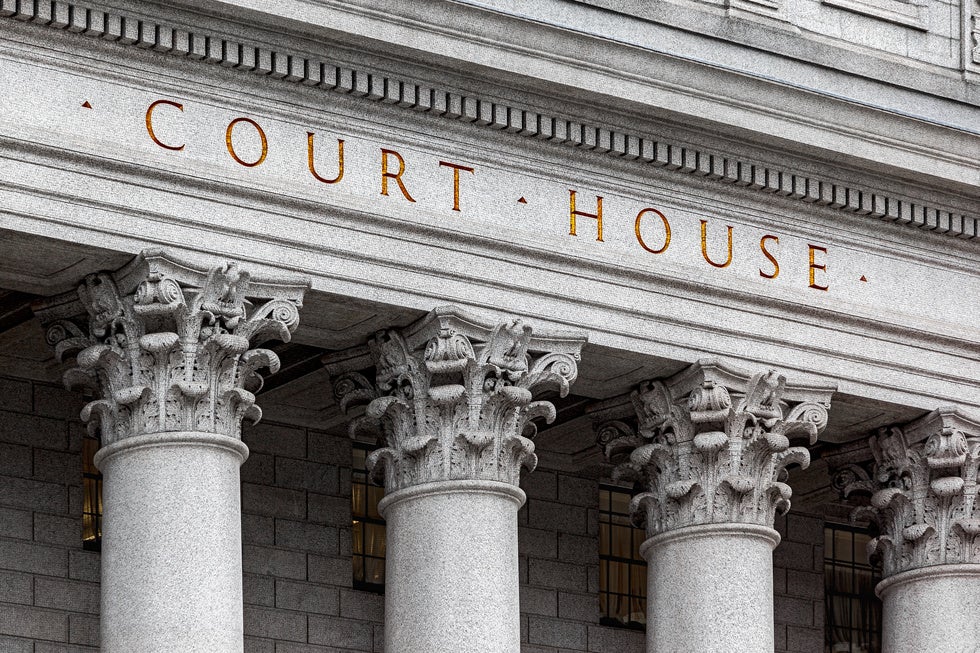 The old saying goes, “Justice delayed is justice denied.” With that in mind, courts in Oregon and Washington had until recently been trending toward fast-track systems, implementation of local rules that would push civil cases to be resolved, if at all possible, within a year to fourteen months from the date of the case being filed in court. Since March of last year, however, due to the COVID-19 pandemic, that train has definitely ground to a halt.

Obviously, what happened, was COVID-19. Courts initially shut down completely in March and April of last year. They adapted as to some proceedings, developing “remote” capability for many types of hearings and proceedings, but the traditional jury trial, that's another story. Emergency order after emergency order came down, halting jury trials, in courts around both Washington and Oregon. Still in the grip of the pandemic, with little of our population vaccinated, that status hasn't changed much.

For a brief partial update of local courts, Clark County Superior Court has indicated jury trials are cancelled until at least February 5, 2021; Clark County District Court has suspended jury trials until February 8, 2021. As you can see from comparing this blog to that posted December 3, 2020, by Scott Edwards, “Clark County Superior Court Jury Trials Suspended To At Least January 10, 2021”, judges are still grappling with how to safely convene a jury given the pandemic risks, and will no doubt continue to regularly review and bump the expected date for resumption of jury trials in Clark County, Washington, and probably elsewhere as well, until they can arrive at a solution for how to balance the need to try cases with the health of all involved.[1]

Similarly, in Oregon, courts are not conducting in-person jury trials, at least on civil cases, yet. As per the November 18, 2020 filing of an Oregon State Supreme Court emergency order, Chief Justice Order No. 20-047, legal proceedings on most types of civil cases in Oregon's circuit court are to be handled remotely, not in-person. And when the coast is clear for courts finally to be able to resume doing the traditional jury trial, a huge backlog of criminal (which tend to get priority) and civil cases can be expected. According to a Multnomah County Circuit Court update of January 15, 2021:

The court is planning how to manage dockets when all pandemic-related restrictions are lifted, including calling on retired judges to help with the workload. The court encourages the bar to resolve cases now, if possible. Lawyers should continue working their cases, conducting discovery, engaging in settlement discussions or alternative dispute resolution processes now, so they will be ready for trial once jury trials are able to fully resume.

By way of another example, Washington County Circuit Court is continuing its policy of cancelling and rescheduling all jury trials in criminal and civil matters, except those cases required to be tried in accordance with State and Federal constitutional and statutory concerns, at least through the end of February 2021. Clackamas County Circuit Court's emergency order addressing jury trial status dated May 22, 2020 indicates that “Jury trials must be held in the courthouse”, but must comply with social distancing and safety requirements as per the State Supreme Court's applicable orders (the last of which, as noted above, precludes in-person jury trials).

The above is obviously not a complete survey of all Washington and Oregon counties, and where their respective courts stand at this moment in terms of the backlog of civil cases, but it confirms that we are yet a ways off from being able to get a traditional, in-person jury trial on civil cases that may need resolution. The “fast-track” trend that the courts had until recently favored has had to take a back seat, as has so much else in our lives these days, to the reality that has been thrust upon our society by the virus. Hopefully, parties to lawsuits in civil cases can, however, in the meantime, pursue alternative dispute resolution options such as mediation, arbitration, bench trials, or jury trials conducted via a remote platform such as Zoom or WebEx. The goal being to make sure that justice does not get denied, despite the frustrating and as of yet seemingly irresolvable delays being caused by the pandemic.

[1] After this blog was written, Clark County Superior Court updated General Order 20-06 on February 3, 2021, to indicate that: “All Criminal Jury Trials and Civil Jury Trials are SUSPENDED until at least February 28, 2021. Any trials currently set between February 8, 2021 to February 28, 2021 are STRICKEN and shall be rescheduled by the assigned department.” This is what I suspect will continue to occur with courts for the foreseeable future – that they will keep filing additional emergency orders pushing back the date as to when jury trials can commence again – at least until some way to try cases safely despite COVID-19, with attentive jurors – has been devised.