What Do the Game of Basketball and the Practice of Law Have in Common? 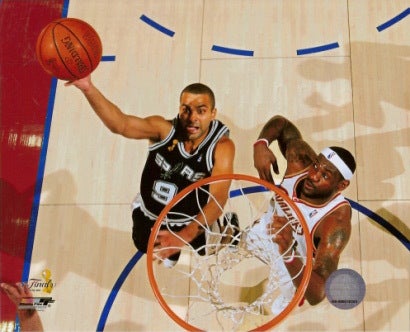 Right now the talented and athletic Miami Heat are locked in basketball battle against the experienced and resolute San Antonio Spurs. Each team is vying for the chance to be crowned the 2013 NBA Champions. Like all adversarial contests, there can be only one winner. It's up to the players to determine their destiny. That said, referees play an ever important role in ensuring the game is played within the rules. Many times referees make split-second decisions that potentially swing the outcome of the contest. Often these decisions are appealed to a higher authority. First, the referees may turn to instant replay to make sure they got it right. Ultimately the referee must make a game-time decision and the game is played to conclusion. After the game, a team believing to be wronged by the decision may appeal the decision once more to the NBA Commissioner-whose ultimate ruling is “the law.” Just like on the basketball courts, the courts of law have similar rules and procedures in place to make sure the parties “play within the rules.” Judges act as referees in the courtroom and are called upon to issue rulings on countless legal issues-many will be determinative to the outcome of the case. For example: · Should a plaintiff in a personal injury case be allowed to ask the defendant about the defendant's rape conviction 10 years ago? · Should a juror who was robbed at gun point be allowed to sit on a jury of a criminal defendant accused of robbing a gas station with a knife? · Should the defendant be allowed to question the plaintiff's spouse about matters thought to be between husband and wife? · Should the jury be allowed to hear that the defendant in a car accident has $1,000,000 in automobile liability insurance coverage? Like the NBA, a party who believes the judge reached the wrong decision on these, or similar issues, can appeal the decision to a higher appellate court. The Washington State Court of Appeals reviews trial court decisions. Even decisions of the Washington State Court of Appeals are subject to appeal. The Washington State Supreme Court hears such appeals and their decision is “the law” on issues applicable only to the state. However, if a decision raises federal or constitutional issues, it could even be heard by the U.S. Supreme Court-although this is very rare. The appeal protects the rights of all parties and ensures that justice is carried out according to the laws of our state and county. Most of the cases we handle are resolved before trial, and of those that do go to trial, only a very small percentage are ever appealed. However, on several occasions trial court judges reached decisions we felt were not in accordance with the law. At such times we have not hesitated to appeal those decisions not only to the Washington State Court of Appeals but to the Washington State Supreme Court. In fact, just last year, Scott Staples and Craig Schauermann argued a case that was appealed all the way to the Washington State Supreme Court. The Court agreed with us-victory for our client.