When Man’s Best Friend Bites In Washington Or Oregon

Dogs, cats, horses, and pets live with us, sometimes help us with certain things (service dogs, for example), often fulfill our need for companionship, and generally are a wonderful part of most of our lives – most of the time. What happens though if man's best friend does the unexpected and unthinkable, biting or hurting one of our family, friends, or neighbors.

Let's start with dog bite cases – Washington has enacted a statute establishing absolute liability for dog bites. It is RCW 16.08.040, which in part says: "The owner of any dog which shall bite any person while such person is in or on a public place or lawfully in or on a private place including the property of the owner of such dog, shall be liable for such damages as may be suffered by the person bitten, regardless of the former viciousness of such dog or the owner's knowledge of such viciousness."

This law creates an absolute liability on the owner of a dog when the dog bites someone. Before it was passed, dog owners may not have been held liable if they didn't know that the dog was likely to bite and they didn't do anything negligent that led to the bite occurring. Now, however, it doesn't matter if the dog had any dangerous propensities before it bit, what the owner did or didn't know, whether the owner did anything negligent, nor even where the bite occurred within the state, etc. With few exceptions (for example, the victim trespassed or provoked the bite), the dog owner will be found to be liable for the dog's bite, period. 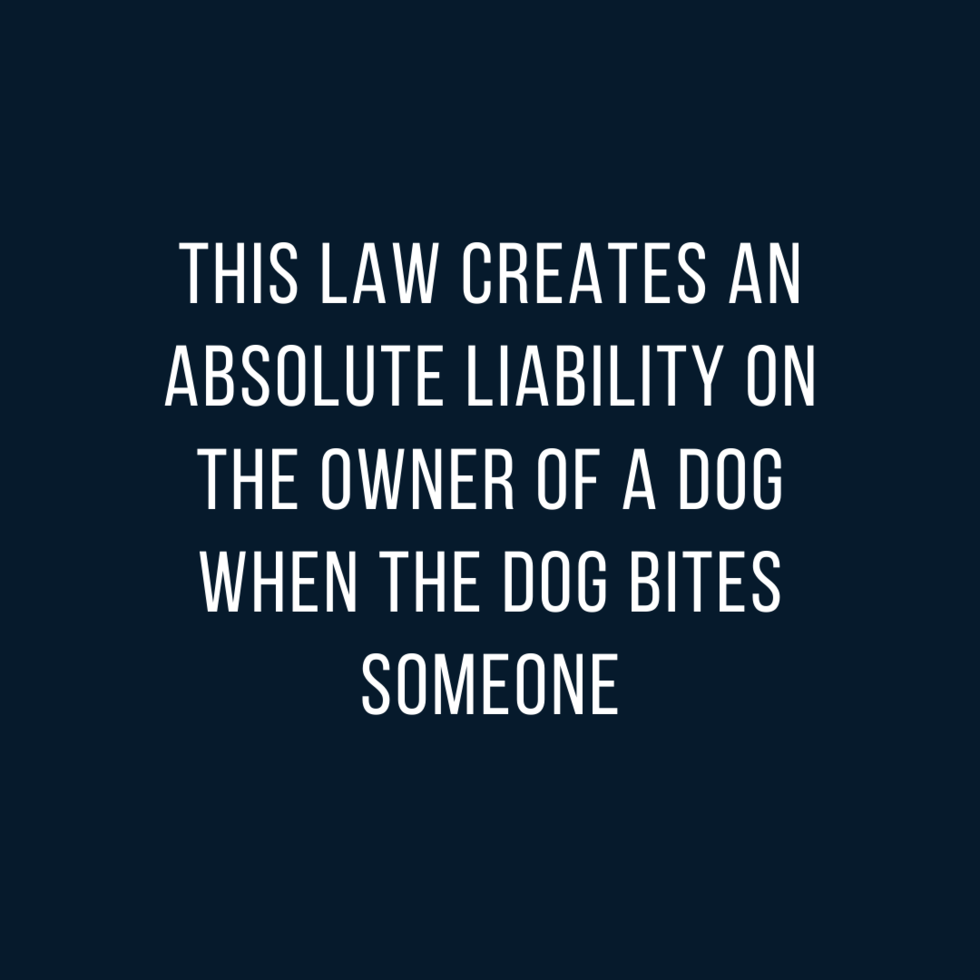 And what is the dog's owner liable for? As is true with other types of damage claims the dog owner will have judgment entered against him or her at whatever amount of money a jury or arbitrator decides is fair compensation for all of the injured victim's economic and non-economic damages.

Economic damages would include such things as past and future medical bills, prescriptions, wage loss, or impaired earning capacity incurred or caused by the injury. Under Washington law, non-economic damages include a fair amount of compensation for things like past and future mental anguish and emotional distress, pain, suffering, disability and disfigurement, inconvenience, loss, diminishment, or impairment of activities previously enjoyed, loss of society, and companionship, and loss of consortium (basically, impact on the spousal relationship, if any).

An owner may be found to be liable under Washington law for injury or harm caused by cats, horses, exotic pets, and other animals too, although the dog bite statute does not cover them. If it is some animal other than a dog, or it is a kick or scratch and not a bite that caused the harm, liability may be found if there was some special city or county animal ordinance violated, or under one or more of the standard common law theories of negligence – for example, based on proof that the animal owner or possessor failed to properly supervise, control, leash, or warn the victim concerning an animal with known dangerous propensities.

Obviously, if “man's best friend” bites, getting prompt advice from an attorney experienced in handling dog bites and negligence cases is a prudent thing to do. 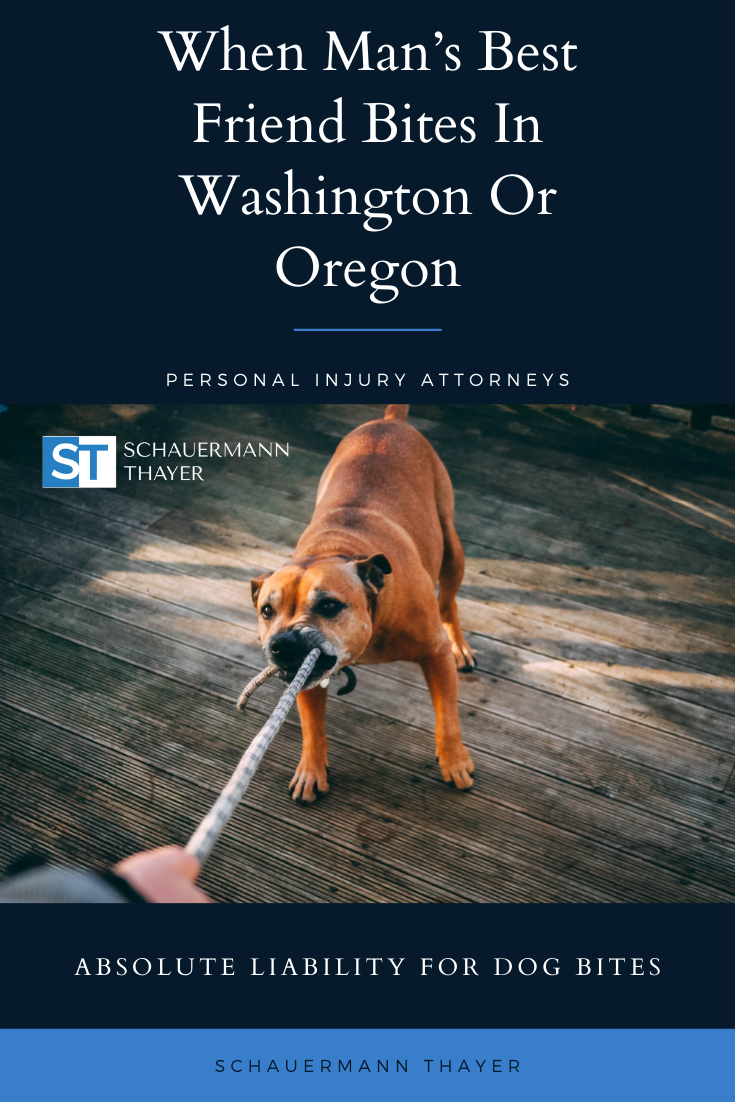