More on the Subject of Insurance in Trials, and the “Shhhh…Don’t Ask Don’t Tell” Mindset 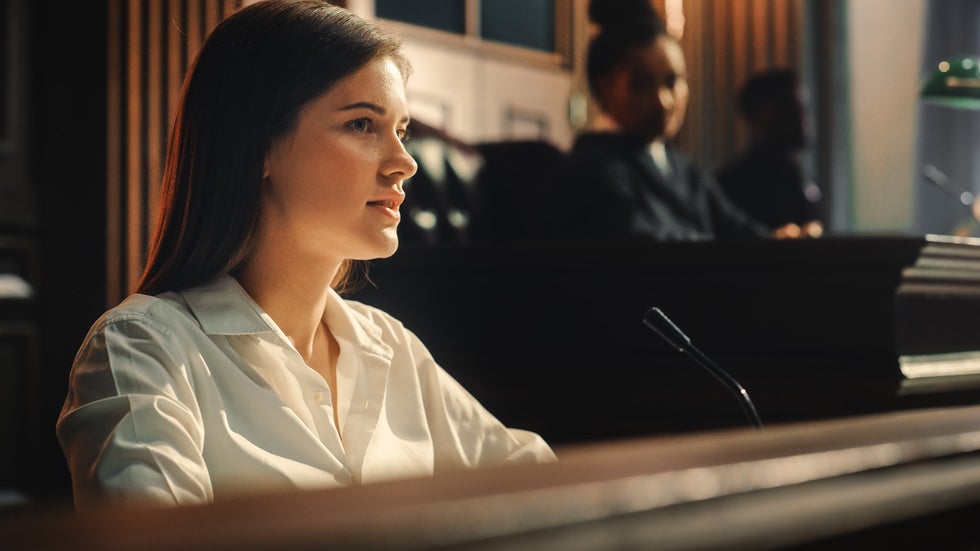 As a recent previous blog posted by Scott Staples of this firm noted, the word “insurance” has become a bad word in the courtroom. I suppose it always has been. This is because court rules have always been read to exclude the word “insurance” from evidence. By way of example, in Washington state courts, Evidence Rule 411 states:

Evidence that a person was or was not insured against liability is not admissible upon the issue whether the person acted negligently or otherwise wrongfully. This rule does not require the exclusion of evidence of insurance against liability when offered for another purpose, such as proof of agency, ownership, or control, or bias or prejudice of a witness.

Read closely, this rule seems only to prohibit a plaintiff from arguing, for example, “Isn't it right that you must have done it because you insured yourself in case you did it?” This, of course, makes sense. We want to encourage people and businesses to protect themselves and to protect the community from injuries caused; so prohibiting evidence suggesting that by having insurance a person or business is therefore negligent is understandable.

But, the rule has, in practice, been stretched so far as to prohibit any mention of insurance for any reason. Insurance defense attorneys have happily taken this rule to its breaking point. They often argue that if the jury were to know that the defendant had insurance, the jury would award higher damages to an injured plaintiff. This, of course, is not what the rule says or implies. But, judges are nevertheless quick to follow what has now become the commonly understood “prohibition” on any mention of the word insurance in trial.

For example, I once asked a client during trial what he did immediately after the motor vehicle collision. When he replied that he “exchanged insurance information with the other driver”, I asked what he did “after exchanging insurance information with the other driver.” The defense attorney objected and asked the court to declare a mistrial—a very harsh consequence that basically asks the judge to find that there is no way that the defendant could reasonably get a fair trial because the plaintiff broke the rules prohibiting admission of evidence of insurance. Somewhat taken aback, I responded that this was not what the rule says, and that it even allows for evidence of insurance if offered for another purpose.

My arguments fell upon deaf ears and the judge solidified his decision that because I had used the word insurance in my question, there was no way to undo the perceived wrong that I had done. The judge decided that not even a standard jury instruction (general rules that apply to most all cases) would solve the problem. The Washington Pattern Jury Instruction about insurance states:

Whether or not a party has insurance, or any other source of recovery available, has no bearing on any issue that you must decide. You must not speculate about whether a party has insurance or other coverage or sources of available funds. You are not to make or decline to make any award, or increase or decrease any award, because you believe that a party may have medical insurance, liability insurance, workers' compensation, or some other form of compensation available. Even if there is insurance or other funding available to a party, the question of who pays or who reimburses whom would be decided in a different proceeding. Therefore, in your deliberations, do not discuss any matters such as insurance coverage or other possible sources of funding for any party. You are to consider only those questions that are given to you to decide in this case.

It seems to me that this instruction ought to be given in every case to be decided by a jury. I've heard jurors time and time again wonder about insurance, whether in jury selection or in speaking with them after the verdict was read. If left uninstructed on the subject, they may make unintended errors in either fact or judgment.

I, for one, believe we can trust juries. We don't need to be afraid of the word “insurance” in the courtroom. By explaining to the jury what is happening, and why, we recognize the jury as being smart enough to resolve the case on the merits, we better serve our communities— both plaintiffs and defendants alike.

We can trust juries with information about insurance. They already assume that is there, behind the scenes. In my opinion, it is time to bring it out from the shadows.