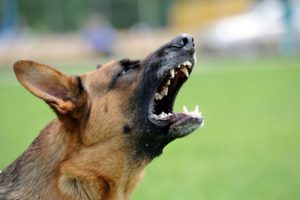 Can you get compensation in Oregon when a dog bites? We review the law and share some general thoughts on the state of the law.

In 2012, Partner Bill Thayer outlined Washington dog bite law on this blog.  Oregon's approach is different.  In many instances, it is more difficult for a person injured by a dog bite in Oregon to hold the dog's owner liable than it would be in Washington.  Despite the differences – all hope is not lost for victims of dog bites occurring in Oregon.  Oregon dog owners can be found liable and victims injured in Oregon can be compensated for their injuries, pain and suffering, etc.  Here's the run-down:

It is always important for injured persons to remember that a time limit could serve to bar any potential personal injury claim they might have.  In Oregon, for dog bite cases (as well as other injuries to the person), the time limit is two years.  This means an injured person must file and properly serve a lawsuit within two years to preserve his or her dog bite injury claim.

If you have questions or concerns about this relating to your dog bite injury, call us for a free consultation (360-695-4244).

A victim of a dog bite can collect economic damages from the owner of the dog under most circumstances, without proving that the owner of the dog could foresee that the dog would cause the injury.  Oregon Revised Statute (ORS) 31.360.  “Economic damages” include medical expenses, rehabilitative services, loss of income, and past and future impairment of earning capacity.  See ORS 31.710.  To recover economic damages, a dog bite victim must prove only that the dog owner was (1) the possessor of the dog; and, (2) the dog owner failed to use reasonable care to prevent the dog from harming the victim.  See Oregon Uniform Civil Jury Instructions (UCJI) 52.03.

To recover noneconomic damages, however, a dog bite victim must prove more.  “Noneconomic damages” are non-monetary losses, including pain, mental suffering, emotional distress, humiliation, inconvenience and interference with normal and usual activities apart from gainful employment.  See ORS 31.710.  To recover noneconomic damages, a dog bite victim must prove elements (1) and (2) mentioned above, as well as: (3) the dog owner knew or should have known that the dog would cause the injury if the dog owner did not control or confine the dog.  UCJI No. 52.03.

So, if after viewing the evidence, a jury could reasonably conclude the dog owner knew or had reason to know of his or her dog's tendency to bite, he or she would be liable.  How much knowledge is necessary to constitute notice of a dog's dangerous propensity?  It varies. See Westberry v. Blackwell, 282 Or 129, 131-33 (1978).

The key question is “would what was known by the owner have caused a reasonable person to anticipate the kind of behavior which resulted in the injury which occurred?”  Kathren v. Olenik, 46 Or App. 713, 717 (1980) disapproved of on different grounds by Lange By & Through Lange v. Minton, 303 Or 484 (1987).  This is a factual question for the jury.  Despite this legal proposition often being referred to as the “one-bite rule”, the Oregon Supreme Court has held that a prior dog bite is not conclusive – neither in finding dangerous propensities nor an owner's knowledge of those propensities.  See Butler v. Pantekoek, 231 Or 563 (1962).

Ultimately, for a dog owner to be found strictly liable for a dog bite victim's injuries, the victim must prove:

If the victim proves each of these elements successfully, the dog owner is liable even if he or she exercised the utmost care to prevent the dog from doing the harm.  See UCJI No. 52.01.

Strict liability for dog owners can also arise by statute.  See Oregon Revised Statute (ORS) 609.115.  Under this statute, if a court has deemed a dog a “potentially dangerous dog”, and then that dog later causes physical injury to a person – the dog owner is strictly liable to the injured person for any economic damages resulting from the injury.  A “potentially dangerous dog” means a dog that:

(a) Without provocation and while not on premises from which the keeper may lawfully exclude others, menaces a person;

(c) Without provocation and while not on premises from which the keeper may lawfully exclude others, inflicts physical injury on or kills a domestic animal…”

What if a dog owner in Oregon does not know or have reason to know his or her dog is abnormally dangerous?

He or she can still be subject to liability for harm done by the animal if, but only if: “(a) he [or she] intentionally causes the animal to do the harm, or (b) he [or she] is negligent in failing to prevent the harm.”  See Restatement (Second) of Torts § 518 (1977); see also Westberry, 282 Or at 129.  Key questions for the jury in these cases are: whether or not a dog owner acted as a “reasonable person” would have; and, whether he or she “exercise[d] ordinary care” in preventing the harm caused by his or her dog.  Id.

Ultimately, to prevail on a dog bite claim based in negligence in Oregon, a dog bite victim must prove:

Sometimes in Oregon, i.e., where a dog owner violates a dog control ordinance, a tort law doctrine called “negligence per se” might be available to assist victims in holding that dog owner accountable.  See Lange By & Through Lange v. Minton, 303 Or 484 (1987).  The basic gist of “negligence per se” is – where a defendant's actions violated a law or regulation – the court will consider the actions to be negligent without doing a “reasonable person” analysis (described above).

Common defenses a dog owner will use to dispute liability as to a victim bitten by his or her dog are: provocation, trespassing, and a lack of the requisite knowledge.  If a dog bite victim provoked a dog and thereby instigated the dog bite; or, if a victim was trespassing on the dog owner's land – a dog bite victim may be precluded from recovering his or her damages under Oregon law.

If you or someone you know has been injured by a dog in Oregon and you have any questions or concerns about a dog bite victim's rights under Oregon law, give our office a call for a free consultation (360-695-4244).