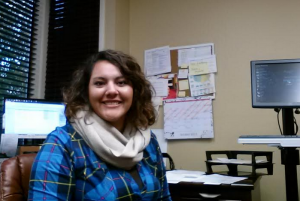 Katie Maldonado, one of our four paralegals, assists most of our Hispanic/Latino clients and is fluent in both English and Spanish.

The Oregonian on September 26, 2015, noted that U.S. Department of Labor officials on Thursday of last week announced the extension of a plan that may offer help and information to Spanish-speaking workers in Oregon, especially immigrants. The Employment Education and Outreach Alliance, known as EMPLEO, brings together federal and state agencies, nonprofits, and Central American and Mexican consulates, in a program designed to help workers cut through red tape with a single phone call. This program has expanded to Oregon now, having previously been available in California, Idaho, Washington, Nevada, and Hawaii. The hotline has helped workers in some or all of those states since June of 2004 in dealing with overtime, minimum wage, equal pay, discrimination and other issues.

According to the Oregonian, Oregon's Spanish-speaking workers are especially vulnerable—primarily in the construction, restaurant, and forestry industries. The expansion of access to this hotline into Oregon hopefully will hopefully help stop exploitation of Hispanic workers who may be unaware of their rights and resources, or fearful of seeking fair treatment and enforcement of their lawful remedies, because of language barriers or undocumented status.

Callers to the hotline will be connected to Spanish-speaking volunteers who may refer them to appropriate government or nonprofit agencies for assistance.

Whether the worker is legally in the United States or not is immaterial. The goal of the program is to enforce employment laws, and protect employees' rights, irrespective of the worker's legal or illegal status.