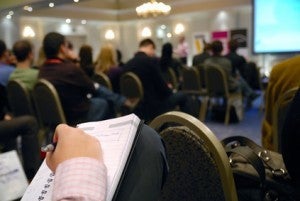 Partners Scott Staples and Bill Thayer were selected to moderate an NBI forum at the Vancouver Hilton.

Scott Staples and Bill Thayer, two of the partners at Schauermann Thayer, were selected to be co-moderators of the National Business Institute's Judicial Forum in Vancouver, Washington, at the Hilton, scheduled for December 4, 2015.

This NBI seminar, is helpful as a CLE (Continuous Legal Education) for attorneys from southwest Washington, and Portland attorneys that are Washington licensed and also practice in Clark and Cowlitz Counties.  Entitled, “What Civil Court Judges Want You to Know”, Superior Court Judges Suzan Clark, Gregory Gonzales, and David Gregerson from Clark County will participate.

This full day Forum provides attending lawyers a better understanding from the judge's viewpoint on what works and doesn't work in the courtroom.  Find more details about the forum at the NBI site.

Scott Staples is licensed in and has appeared in courts on personal injury cases in both Oregon and Washington.  He has been a partner with Schauermann Thayer Jacobs Staples & Edwards since 2010.  Read more about Scott here.

Bill Thayer has served as a moderator or co-moderator of the NBI Judicial Forum twice in the past, and has extensive experience in the courtrooms of Clark and Cowlitz Counties, having practiced law in southwest Washington for over 35 years now.  Bill is licensed to practice in Oregon as well as Washington State.  Learn more about Bill here.