What would women's health be like without the civil justice system?  From contraceptive devices to contraceptive drugs and even artificial hips, key court actions have saved lives, reduced suffering, and provided compensation for injuries resulting from poor products. As a personal injury law firm, we are happy to have an impact on positive change, though it often comes at a terrible price for those who are suffering. 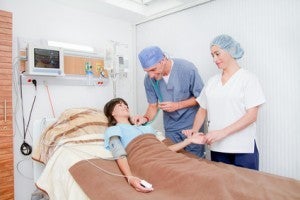 When it comes to women’s health, decades of documented court cases have made restitution and enforced safer practices

Looking back over recent decades, certain cases stand out.  In the 1970's and early 1980's, more than 230,000 women suffered pelvic infections, miscarriages, still births, infertility, and even death due to the contraceptive device known as the Dalkon Shield.

Approximately 200,000 women were assisted by personal injury attorneys and made claims against the A.H. Robins company, mostly related to pelvic inflammatory disease and loss of fertility.   In 1976, the U.S. Food and Drug Administration, for the first time, required testing and approval of “medical devices”, including IUDs as a result of this litigation.  The cost of litigation and settlements (estimated at billions of dollars) ultimately forced the A.H. Robins Company to file for Chapter 11 bankruptcy protection in 1985

More recently, DePuy Orthopedics — a division of Johnson & Johnson — began receiving complaints about its ASR XL Acetabular hip replacement almost immediately after it was introduced in 2015. Doctors reported the device frequently caused infection, fractures, dislocations, necrosis, and nerve damage. What did DePuy do?  Internal company documents showed that management expected 40 percent of the devices to fail, but decided not to fix its flaws.  The devices remained on the market for five years.  In 2013 as a result of personal injury litigation, Johnson & Johnson agreed to pay over $4 billion to settle thousands of cases.

And even in more modern times, women have faced life threatening health issues from contraceptive devices.  Users of the Ortho Evra patch were found 18 times more likely to suffer blood clots than those using the pill.  And, contraceptives that used so-called third and fourth generation hormones such as Yasmin/Yaz and NuvaRIng, have killed hundreds of women and seriously injured thousands more.  In each of these cases, litigation by personal injury attorneys protected women when corporations were unwilling to do so.  For example, in 2005 a woman who had suffered a pulmonary embolism after using a vapor patch filed a lawsuit against the company who had promoted the patch despite knowledge of its health risks. Instead of investigating the matter further, and motivated by financial gain, the company failed to warn of the risks of blood clots and other injuries. Jannsen Pharmaceutical Company, a division of Ortho-McNeil Co., continues to manufacture and sell this product today.

The prevailing pattern in these type of cases shows that some corporate directors tend to value profits over the lives and well being of their customers.  Good personal injury law firms with skilled attorneys are too often what it takes to set things right.