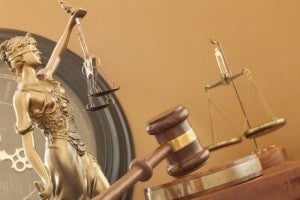 Most major cities see their share of wrongful deaths and related lawsuits and since our firm practices in both Washington and Oregon, we review and have handled cases on both sides of the interstate bridge — in Vancouver, Portland and throughout the two state region.  And, there's a difference in how the two states award for damages.

We took note of a recent case that occurred in Portland where a $9.89 million lawsuit was filed in Multnomah County Circuit Court accusing a man (Nathan William Wisbeck), plus two bars and one more person of negligence that resulted in the wrongful death of a 28-year-old man.  Wisbeck had been served alcohol at Sassy's Bar and Grill in Portland.  He then was served more alcoholic beverages at a second bar named Triple Nickle.  Both bars were cited in the lawsuit for serving alcohol to a visibly intoxicated man, and further the suit alleges Wisbeck had passed out at Sassy's Bar, but was still served.  Later, Wisbeck crashed into another vehicle in which a passenger died of his resulting injuries.  Wisbeck pled guilty to second-degree manslaughter and related charges. He is serving time at the Eastern Oregon Correctional Institution.

When such a case goes to court, the plaintiffs, which would be the family or estate of the deceased in this case, are constrained by the laws of Oregon.  “The big thing in Oregon wrongful death cases is the cap on non-economic damages which cannot exceed five hundred thousand dollars,” explains firm partner attorney Scott Edwards.  “In the case cited above, obviously some of the claims are for damages that involve direct economic factors including job loss, and health expenses.”

It can seem daunting to take on several big insurance firms involved in just one case.  In the cited case, a personal injury attorney working for the estate of the passenger that died would need to muster considerable fire power to handle the case and related costs.  Partner William Thayer explains these sort of claim situations like this:  “Think of the story of David and Goliath.  Insurance companies are multi-billion dollar corporations.  They have in-house lawyers or hire insurance defense attorneys from big law firms to help them limit what they have to pay out on claims.  The person injured in an automobile crash is usually someone who has never even needed to hire an attorney before, has no experience with it, and often, doesn't even have any money available on-hand to retain counsel with.”

Thayer continues, “Back to David.  He carries a sling.  Turns out, it is the leveler.  With it and a little courage, he can stop the bullying, and bring the giant to justice.  Similar to that is the opportunity you have to hire capable lawyers with many years of experience in the practice areas of personal injury and wrongful death, on a contingent fee basis.  In other words, you don't have to pay lawyer fees unless your attorney and you can bring Goliath to his knees.  Thank heavens for the courts and our civil justice system, which gives everyday people a shot at being treated fair.”

At our firm, we offer free consultations to review your cases in Washington or Oregon, then in most cases, you'll pay no attorney fee unless we make a financial recovery for you. We have the financial resources to front the costs of your case and keep it moving as quickly as possible towards a favorable resolution.