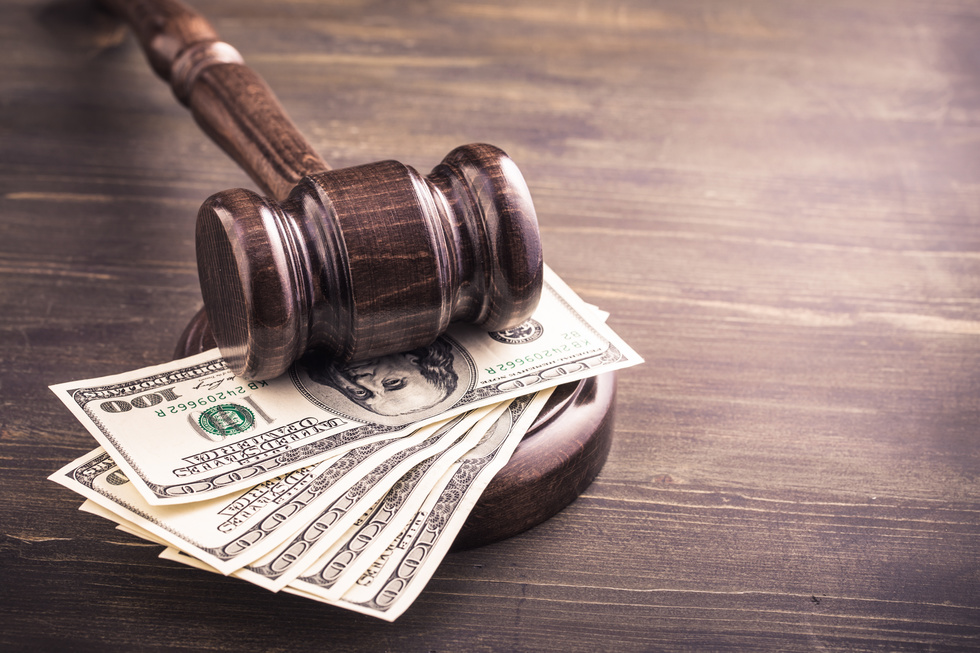 Generally, the “American Rule” is that adverse parties involved in litigation in courts in our country each have to bear their own attorney fees. Sometimes, however, there are specific statutes that may vary that general rule – and which do provide for a court to have the authority to award reasonable attorney fees to the prevailing party in a lawsuit. The state of Oregon has such a law on the books in the context of automobile insurance claims – one that may allow for an insured to recover his or her reasonable attorney's fees in certain instances in auto insurance benefit disputes. That law is ORS 742.061.[1] It allows an insured in an auto case who wins in an arbitration or lawsuit over personal injury protection benefits (PIP) or uninsured/underinsured motorist benefits (UIM) to recover their reasonable attorney fees in addition to the improperly denied benefits.[2]  It also offers the insurance company a way to avoid having to pay its insured's attorney fees, however – but only if the insurer within six months of receiving the proof of loss from the insured provides its customer, the insured, with a particular notice.  Specifically, to avoid having to pay attorney fees to the insured, the insurance company must acknowledge that it has accepted coverage, that the only issues in the case are liability and damages, and that it consents to binding arbitration of those issues.  The courts, lawyers, and insurance companies have come to call that notice to the insured of the insurer's concessions in that regard a “safe harbor” notice.

PIP and UIM Claims in Oregon

This special attorney fee provision can apply to both PIP and UIM claims in auto accident cases. It is a law uniquely applicable to Oregon claims. Washington does not have a comparable statute (although, there may be other, more nuanced, opportunities to argue for reasonable attorney fees in Washington PIP and UIM auto collision claims, such as if the insurer wrongfully denied coverage, acted in bad faith, or its conduct ends up being held to have been an unreasonable denial of benefits).

Oregon's statute ORS 742.061 is triggered by putting the insurance company on notice of a PIP or UIM claim. With regard to what exactly is required to amount to the "proof of loss" required to trigger the statute's applications, a letter to the insurance company notifying it that a PIP or UIM benefits claim for a particular loss is being made may suffice to start the time clock running, although in the case of a UIM claim, information documenting the significance of the injuries and damages together with notice as to the amount or and/or likely insufficiency of the underlying party-at-fault's insurance policy limits may also be required.[3]

As noted above, in Oregon an auto insurer must, if it wants to avoid being put at risk of having to pay its insured's reasonable attorney fees at the conclusion of litigation regarding a PIP or UIM claim, send its insured a "safe harbor" letter. That letter must indicate in unambiguous words that the insurer has accepted coverage, that the only issues are the liability of the uninsured or underinsured motorist and the damages to the insured, and that the insurer has consented to submit the case to binding arbitration. If the safe harbor letter is not sent to the insured within six months of the insurer's filing of the proof of loss with the insurer, then the table is set for the insured to recover reasonable attorney fees in addition to their other damages under the insurance contract, if they prevail in their PIP or UIM lawsuit.[4]

While Oregon insurers often do send a safe harbor letter in a timely manner, they don't always do so. And sometimes even if they do get the letter sent within the six-month time limit, the content of the letter is insufficient or ambiguous to the point to where the courts will deny the insurer its “safe harbor”. Although an insurer's written communication need not necessarily recite the statutory wording, it must demonstrate that the statutory prerequisites for the safe harbor protection are met.[5]

Fees Awarded Only to Prevailing Insureds

Of course, the insured will only be entitled to reasonable attorney fees under Oregon's special law if he or she prevails on the claim for PIP or UIM benefits. Another words, the ultimate arbitration award or jury verdict entered at the conclusion of the lawsuit must not only be in favor of the insured, but must also be in an amount greater than the amount of PIP or UIM benefits that the auto insurer had offered to pay to resolve the dispute.

Significance of this law

Often insurance companies in auto cases unfairly cut off PIP benefits or “nickel and dime” their insureds when legitimate medical bills are due after a car crash. Occasionally they deny coverage unfairly. And it is not unusual for auto insurance companies to grossly under-evaluate their customers' uninsured and underinsured motorist claims.

Many attorneys, before Oregon's fee statute described in this blog was passed, would find it economically undesirable to take cases on a contingency and fight battles for insureds who were being denied benefits where the amounts at issue were nominal. And the car accident victim whose PIP carrier had, for example, refused to pay their chiropractor's bill which added up to only a few thousand dollars would have typically realized it was not going to make economic sense to hire a lawyer on an hourly basis, at a rate of several hundred dollars an hour, to sue their insurance company – where the attorney fees that they would have to spend to win the fight would likely far exceed the amount of the unpaid chiropractic bill.

But with ORS 742.061, Oregon's statute that allows a prevailing insured to recover their reasonable attorney fees in addition to the PIP or UIM benefits that were unfairly denied, car accident victims can much more easily hire counsel – an attorney that will hold their insurance company's feet to the fire, so to speak, and force it to pay all of the benefits that are properly due under the automobile insurance policy contract. With the insured all the while knowing that their cost of hiring the attorney to fight the good fight for them will have to be paid in the end by the automobile insurance company.

The Oregon lawmakers responsible for its passage should be commended on ORS 742.061. It helps to achieve justice against abusive insurance practices by arming the consumer with the ability to fight back on an equal footing. It is definitely a good law to have on the books.

[2] For more information on available coverage and what they mean, click this link: https://www.washingtonoregonlawyers.com/automobile-insurance-what-types-are-available-and-what-do-they-cover

For a transmittal of information to constitute a "proof of loss" within the meaning of the statute, it is not necessary that it enable the insurer to determine precisely its obligations. [Citation omitted]. In the context of a UIM claim, it is likewise not always necessary for the information to include the tortfeasor's precise limits. In this case, for example, Allstate received information from Safeco about the likelihood of a UIM claim, which information triggered Allstate's safe harbor letter—even before Allstate knew Alvis's precise UM limits. As we noted, determining what constitutes a "proof of loss" is a pragmatic and functional inquiry.