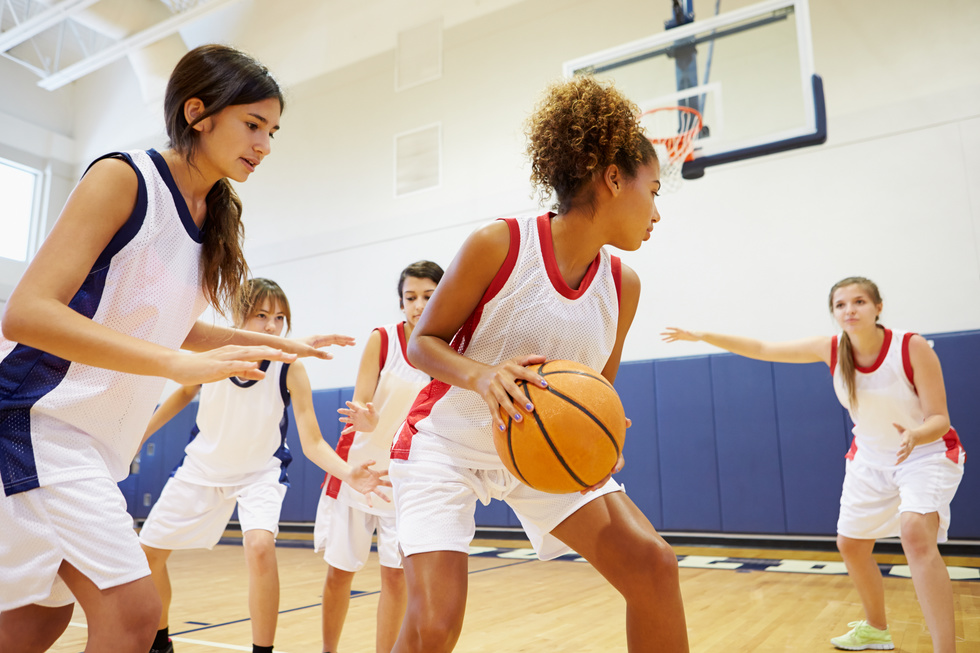 Next time you walk into a gymnasium with a basketball court, take a look down towards the baselines, behind the backboards and hoops.  How much distance is between the gym walls and the baselines?  Are the walls behind the baskets padded?  If so, how far out towards the sidelines does the padding extend?  If there are walls along the sidelines, how close are they, and are they padded?

If you're like most people, these may not be questions you'd ever think to ask.  As a matter of common sense, you might assume that the walls around basketball courts are padded, because you have athletes running up and down and across the court at full speed, not always in complete control, one false step away from smacking into these immovable objects.  But if you do pay attention next time, and the times after that, you'll probably find that there's a wide variance in the answers to the questions for the gyms you encounter.  Some have full padding surrounding the court; some have a little, maybe just a few feet wide right under the basket; some have none.

Why the variance?  Isn't there a statute that lays out the rule that schools or other facilities have to follow?  In Washington, the answer is no.  In the absence of a statute addressing the issue, athletic facilities aren't going to face citations and fines for having inadequate wall padding.  Their biggest risk may be that somebody gets hurt, and then accuses the facility of failing to follow the standard of care; that is, failing to do what a “reasonable” similarly-situated facility would do.  This is otherwise known as “negligence.”

Of course, facilities themselves don't “do” anything.  An athletic facility, like a school gym in this example, is owned by the school district and managed by school administrators.  Those districts, through their administrators, run the risk of being found negligent in the wake of an injury if they didn't act “reasonably” in identifying and addressing potential safety risks present in their facilities.  Lack of wall padding can be a hazard that escapes notice.

We know why facilities of all sorts do often use wall padding near playing areas: because it is effective at preventing or minimizing injuries.  I recently resolved a case for a client, a young athlete, who sustained two concussions, years apart, playing basketball in two different school gymnasiums.  The cumulative impact of the two concussions had (and continues to have) a significant negative impact on my client's life.

In the first incident, in a school's small auxiliary gym, the sideline walls were very close- within three feet of the sideline on one side.  Most school coaches and administrators would recognize this as a no-brainer and make sure there was padding on the walls.  And they did in this case, at least at some point in time.  The wall along the sideline was mostly padded.  But, at the time of my client's injury several of the padding sections were missing, because they'd been previously damaged and not repaired or replaced in a timely manner by the school.  My client went for a loose ball near the sideline, got knocked off balance by another player, and went head-first into the brick wall.

In the second incident, my client was again knocked off balance by another player, this time while going for a ball near the baseline, about halfway between the hoop and the sideline.  She stumbled one and a half steps through the baseline and head first into the unpadded wall that lay a little less than nine feet beyond the end line.  Here, the district's administrators said no thought had ever been put into padding the wall there, because they thought the setup was not a hazard.  Their argument that they bore no liability for the incident because they did not act unreasonably was much stronger than the first school's.  They did, however, pad the entire baseline wall almost immediately after my client was injured.

In searching for laws specifically addressing the issue, I found none.  The best that was available were publications by various youth sports bodies, governmental departments, insurance risk managers, and sport facility experts laying out what might be described as guidance or best practices.  The various recommendations for minimum distance between court boundary and wall varied between three and ten feet.  What was fairly clear was that the closer the line to the wall, the stronger the need to pad the wall to mitigate the risk.

In my client's case we were able to show that the second district in particular had been given and possessed in its athletic offices more than one of these publications that should have alerted a reasonably careful administrator to the risk and the need to evaluate the padding situation, and take corrective action.  This ultimately led to a pre-trial resolution of the case in favor of my client, who would have obviously much preferred that the schools had taken the time and effort to pad the walls in the first place.  The cost of the padding was negligible.