On the Importance of Lay Witnesses

Below is a letter or email that I send out often on my cases, especially as it becomes more and more evident that we will not be settling a client's case without having to arbitrate or try their personal injury claim:

In these cases it can be helpful to have input from family, friends and co-workers who may have learned of your collision, injuries, and who can provide testimony as a before and after witness about how the crash and your injuries from it affected you and your day to day activities since it happened.

Are there persons that have known you both before and after who might be good, articulate folks who would have meaningful knowledge of that nature about you?

If so, please provide me with the following information (after letting them know that you intend to do so and making sure they are okay with being witnesses in your case if needed):

A list of three to seven of the people you think might be most helpful would be appreciated.  Rarely, someone will say to me when I ask them to do this, “I am a very private person, there is no such person.”  More typically, however, our clients can come up with a small list, and sometimes this type of “one-step removed” evidence can be very helpful.  Could you please let me know if such a list from you will be possible in the next few days?

To illustrate why lay witnesses – that is, friends, family, and co-workers who knew a client before and after they were hurt in a car accident (or some other injury event) – are important to the ability to succeed at arbitration or trial of a case, let me tell you about one jury trial I had in particular. 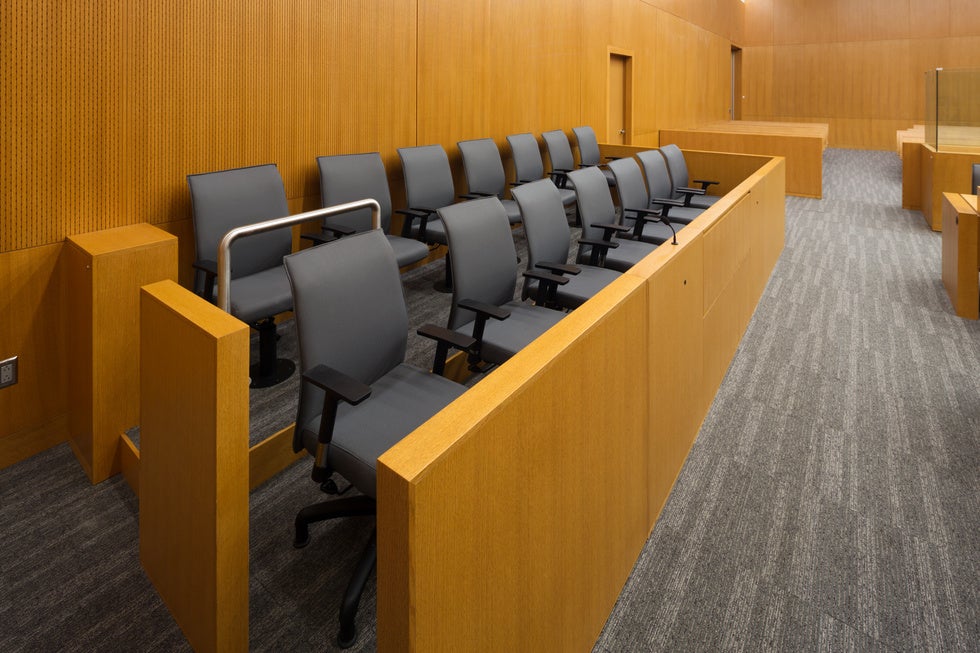 This was 1990.  My client had been rear-ended in his small pickup truck.  The trailer hitch on his rig was stout so while the impact force was significant, not much visual damage to his pickup was evident after the crash.  Still, he was shaken up.  His low back was killing him, and he started having radicular symptoms into his legs and feet.  He was referred by his chiropractor to a neurosurgeon, but was deemed to be non-surgical.  That is, he didn't need surgery, although he had a lumbar disc that was on the verge of herniation.

My client was a stoic young man.  And a very hard worker.  At his job, he worked long hours doing physically demanding work.  He threw luggage around at the airport, loading and unloading the planes.  He had a number of co-workers.  He had always been the guy on the team that made it easier for everybody.  If they were having an off-day, he picked up their slack – working his tail off every day on the job.  Before the accident, he loved it.  He loved the hard work.  Didn't mind bending down to get into the tight spaces of the smaller planes' luggage compartments, didn't mind manhandling the ridiculously heavy bags out of cramped quarters.  But after his back had been tweaked from the wrenching of the automobile crash and one of his lumbar discs was bulged out impinging into an exiting nerve root space, he never smiled again when he worked.  He still worked as hard.  But his face would turn beet red with pain as he wrangled the luggage.  He'd grunt.  He'd suck in his breath at times.  And he'd fall back onto his butt at the end of the day, on a piece of luggage, and would have to stretch in weird movements before he could straighten his torso back up enough to limp off the job.  But he didn't quit.  And he never, not once, complained to anyone.

At trial, I tried to get my client to tell his story.  But as much as I tried when he was testifying, to get him to tell the jury how bad it was, all he gave were cryptic responses.  Like, “Well, sometimes it hurts now when I work.”  I just couldn't get him to elaborate – to articulate for the jury why he was there, asking them to compensate him for any harm at all, if it just “hurt a bit sometimes”?  Fortunately, before the trial had started I had really done my homework.  I had talked at length with his wife.  I had interviewed his boss.  I had talked with his co-workers.

Well, I wasn't getting it done through my client, so I ended up putting 6 of the people from his work on the witness stand, in addition to his wife.  The wife told the jury about how tough it had been for her husband, having to live with daily pain.  Not being able to play with their kids on the floor anymore, and mostly unable to even sleep at night since the crash because his job now aggravated his low back so badly that he couldn't ever get comfortable.  Even at home.

And the boss and five co-workers took the stand for an average of only about seven minutes of testimony apiece.  Each one however told of a different incident that they had personally witnessed, with my client struggling after the crash while trying to do the job that he had been so good at – which had come so easy for him – before the back injury.  One of his co-workers actually cried on the witness stand, she felt so bad for him, with him still trying to help others with their heavier pieces of luggage on the job, when it was now so hard for him to even just pull his own weight throughout an entire work shift.

On that case, here is how it came out.  The insurance company for the careless driver that had driven into the back of my client's pickup had only offered my client $30,000 the night before we started the three-day jury trial.  That amount wouldn't have even covered my client's combined medical bills and past wage loss, so he had asked me to reject the insurer's offer and instead try the case for him.

As it turned out, at the end of the trial, the jury awarded him a $254,000 verdict to compensate him for his medical bills, wage loss, and pain and suffering.

I spoke to the foreman of the jury afterward.  He said the jury members, all of them, had been touched by what they had learned about this man, and his work ethic, from his wife, boss, and co-workers.  They had through the brief stories of those lay witnesses come to realize that the crash had really caused the plaintiff a life-change.  Not because of anything I had said, or that the doctors had said, or that my client had said – but rather, because of what the lay witnesses had said.  That was what had made the difference and brought it home for the jury.  That this was a real injury, and that my client was truly a plaintiff deserving of fair compensation for the harm that the defendant's careless driving had caused him.

I could tell you of other examples where lay testimony in the many cases that I have arbitrated and tried made a big difference in the outcome for my clients.  But hopefully just from the above anecdote, you get the point.  The power of the story, coming from ordinary people who have seen and heard with their own eyes and ears, is impressive in personal injury cases.  Experienced trial lawyers will tell you that a little bit of lay witness testimony can go a long way toward the factfinder being able connect – at a visceral level – with the message that they really need to grasp in order to be able to render a verdict that is fair to the injured plaintiff in a personal injury case.