Common sense dictates that when a child is killed due to the negligence of another, the parents of that child may bring a claim against the at-fault party. Except, it doesn't. Not always. That's because Washington State has a law that precludes two classes of people from being able to bring claims when their children are killed. The first class discriminates based on one's age, the second, based on one's residence either in or out of the United States.

As the law presently stands, in Washington, when a child reaches the age of 18, his or her parents no longer have the right to bring a claim if that child is killed due to preventable negligence—unless the parents are, for some reason dependent upon that child for financial support. Further, unless the parents live in the United States at the time of their child's death, they are barred from bringing a claim.

The blatant discrimination in these laws was publically at issue following a horrendous crash that occurred on September 24, 2015, on the Aurora Bridge in Seattle between a charter bus and an amphibious tour bus owned by Ride the Ducks. On that date, the front axle on the amphibious tour bus broke due to improper manufacturing and improper maintenance by Ride the Ducks. Five people were killed and nearly 60 were injured. Though a jury recently awarded over $123 million dollars to 40 plaintiffs for the harms and losses caused in the wreck, some of those killed were not able to share in the recovery.

Such was the case with South Korean native, Haram Kim (pictured below), who was killed in the wreck. Her parents, who lived in South Korea, were legally prevented from brining a claim for the wrongful death of their daughter. They couldn't do it.  Kiro 7, a Seattle news station, recently ran a story on the grave injustice created by the current law and how it impacted Ms. Kim's family.

Schauermann Thayer, in conjunction with the Washington State Association for Justice, is working to change this law. Amendments that would fix the law are currently being considered by both the House and Senate. Recently, the Senate Bill (SB 5163) has been voted out of the Senate Ways and Means. We are optimistic that the House Bill (HB 1135) will move out of House Appropriations. 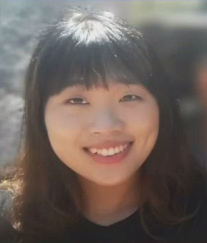