Pedestrian Deaths in the United States on the Rise 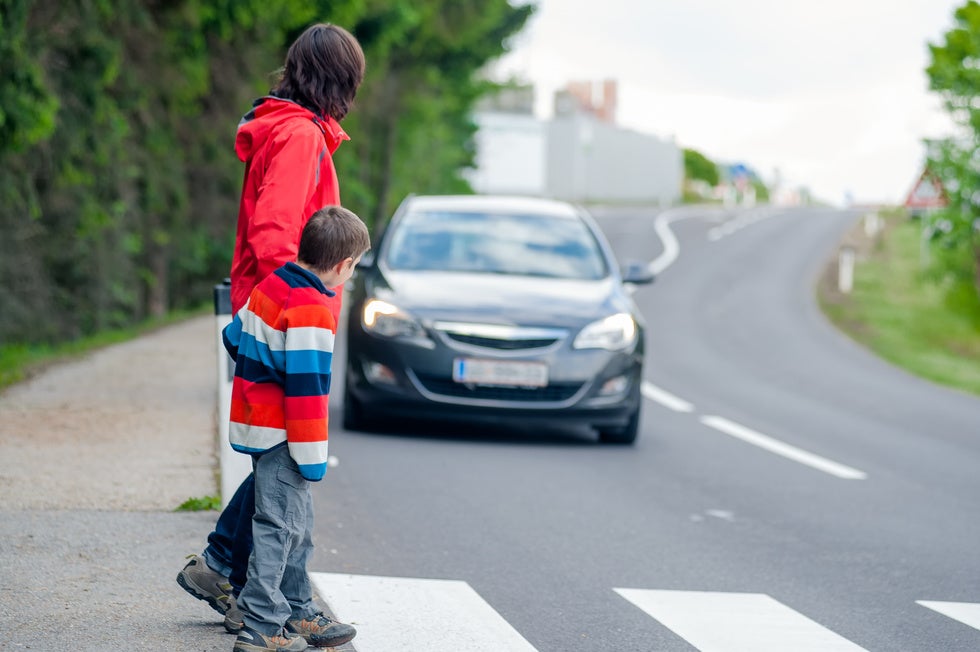 Some 6,227 people died as pedestrians around the nation after being hit by motor vehicles in 2018. More than in any year since 1990.

According to a Wall Street Journal article published Thursday, February 28, 2019, entitled "Pedestrian Deaths Highest Since 1990", pedestrian traffic fatalities are up. The WSJ article discusses a recently published report from the Governors Highway Safety Association. The upshot of the report? It is quite a bit riskier to be walking out on the street in today's world than it was a decade ago. Theories mentioned in the Journal article for the uptick in fatal car crashes involving people-on-foot, include distraction caused by smart phones, coupled with the fact that SUVs and light trucks are gaining in popularity.

With regard to the former, cellular devices being used by pedestrians and drivers alike result in distractions which lead to cars and people colliding. As for the latter, SUVs and pickup trucks, because they are significantly heavier than the small passenger car, generally cause greater injury to walkers and joggers than do cars moving at the same speed.

The Journal article also notes that many pedestrian fatalities occur at night, surmising that alcohol use is apparently another factor. Again, often times it is the motor vehicle operator, but sometimes it is the pedestrian, that is impaired. In either case, the results are tragic.

Anecdotally, I was on an errand with my wife driving through downtown Vancouver on a relatively nice weekend day in February. When we left town, we drove east on Evergreen Boulevard, out through the Officers' Row District. Some sort of social event must have been happening, although we didn't end up ever learning what that may have been. But for whatever reason, there were hundreds of people milling about, many more than usual for that area. Interestingly (and honestly I cannot recall having ever seen it be this pervasive before), literally every single person that we saw had a cell phone in their hand and was in the act of using it – either talking on it, gazing intently at its screen, or tapping on it, as we drove past. Young and old. That was curious. Both of us noticed it; and I commented at the time to my wife that not only does everyone have a smart phone nowadays, but it seems that everyone is addicted to them, and is on them constantly. Even on a Sunday afternoon, outdoors or in, out on a sidewalk, in a parking lot, out on the green grass of the park – basically, everywhere.

Wondering what that has to do with the topic of this blog? Well, here is what triggered my radar to be up with respect to people with cell phones in their hands on that particular day – before we left downtown, one elderly gentleman shuffled into a crosswalk in front of us without bothering to look at whether his pedestrian light showed the walk or the stop signal. His attention was totally devoted to his little smart phone screen. He never looked up to check and see if any automobile drivers entering into the same intersection were slowing or stopping to yield to him. He was just completely oblivious to anything but his phone. Thankfully, the several vehicle operators about to pass through that same intersection he was crossing, myself included, were paying attention, and waited for him to finish crossing the street before proceeding into the intersection. But it was an eye opener that his phone seemed to be more important to him than his life.

On the flipside, vehicle operators nowadays can't seem to shut their cell phones off for the greater good either. All of us can probably tell plenty of horror stories of seeing drivers out on the road, texting behind the wheel. Talking on their phone while driving, with it plastered to their ear and only one hand on the wheel. Sitting one car ahead at a stop light, totally unaware that the red light they stopped for long since already turned green; busy reading or texting on their smart phone instead of focusing on their driving duties. It is alarming.

It is terrible to hear that pedestrian deaths are on the rise again. Walking is good for us, physically, mentally, and spiritually. Leaving the car in the garage is also better for our environment, and gasoline certainly isn't getting any cheaper.

Maybe if we take note of the data as these reports are published, and think about and really take to heart the reasons for this negative and tragic trend, doing so will help us to remember. Maybe if we think about the horrific loss of a person's life, and the impact that any son, daughter, wife, husband, mother or father's death has on the family of the deceased, that will help us to remember. To remember to turn off the cell phone whenever walking or driving, to wear reflective clothing when we have to go out on foot at night, and to avoid driving or walking anywhere after imbibing any intoxicants.

Because it would be nice if the Governors Highway Safety Association's study next year were to report that there were a lot less people who died on foot from car crashes nationwide in 2019 than did in 2018. Wouldn't it?