Is an Immigrant's Illegal Status in the United States Admissible in a Personal Injury or Wrongful Death Case in Washington Courts? 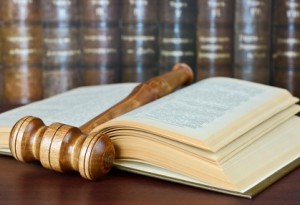 In Washington State, it took a Supreme Court ruling to obtain justice for an immigrant without citizenship.

In a Washington State Supreme Court case from 2010, it was decided that the fact that a person does not have legal status here in the United States is not admissible in the trial of a personal injury or wrongful death case.

But Mr. Salas was an “illegal”, an undocumented immigrant.  Mr. Salas had come to the United States from Mexico in 1989, on a work visa which expired in 1994.  He had applied for U.S. citizenship, but his application had never been processed.  He was thus an “illegal alien”, although he was gainfully employed, had a wife and three children, and had consistently paid his U.S. income taxes.

At least in Washington courts, whether or not a person is legal in our country is not going to be admissible in an arbitration or trial of their personal injury or wrongful death claim.”

The attorneys for the defendant, Hi-Tech Erectors, tried to have the fact that Mr. Salas did not have legal status in the United States admitted into the trial of Mr. Salas' personal injury case.  The trial court said that the defense could admit proof of Mr. Salas' illegal status only if Mr. Salas was seeking to prove that he had lost income as a result of the injury.  He was, so the evidence was admitted at trial.  Mr. Salas lost the trial and appealed.  The Court of Appeals more or less reluctantly affirmed the trial court's ruling, largely due to procedural considerations.

Washington's State Supreme Court, however, reversed the lower court's decisions, ruling that there is simply no place in a personal injury trial in Washington state for proof of a person's illegal status, whether they are bringing a claim for lost wages/impaired earnings or not.  Mr. Salas was thus cleared to have his case heard by a jury that would not be prejudiced against him from having been told that he was living here in the U.S. as a non-legal.

This case provides us with a solid answer to the personal injury law for immigrants with illegal status question at issue.  The Washington State Supreme Court is the high court of the State of Washington.  Given its ruling on this issue from the Salas case in 2010, this issue is well-settled north of the Columbia River.  At least in Washington courts, whether or not a person is legal in our country is not going to be admissible in an arbitration or trial of their personal injury or wrongful death claim.