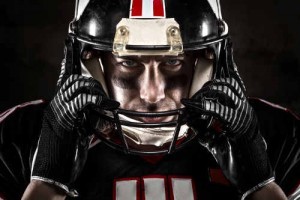 Awareness of injuries sustained during college sports is growing.

Sports are as much a part of college life as Thanksgiving or apple pie is part of American tradition. Nobody that participates or watches the games can be unaware of the potential for injury that competitive sports entail. Unfortunately accidents do happen and the question that must be addressed is do the students or families of injured students have recourse to compensation in a court of law?

There are profound life lessons to be learned from the wholehearted participation in college life and a big part of that is supporting the school team whether as an athlete or as a spectator. Collegiate athletes must dig deeper than regular students in many ways and those who successfully find a way to balance their academic, sports and social commitments are seen as actively developing the positive characteristics of sportsmanship and integrity.

The friendships made at this time in a young life are likely to last a lifetime and it is in these formative years that leaders are forged. It is to be expected then that college athletes are full of hope and ambition;  their parents rightly proud of their drive and competitive spirit.

The spotlight continues to shine on head injuries in the NFL. With a high profile movie starring Will Smith as NFL injury whistleblower, Dr. Bennet Omalu set to hit cinemas on Christmas Day, 2015, it is likely to only get brighter. What this means for NCAA athletes remains to be seen but for sure as parents of college players it helps to be informed of the risks involved.”

Imagine the devastation to all the family then when their child receives receives a catastrophic college sports injury in the process of playing a collegiate match.

Awareness of the dangers of collegiate football are growing with even President Obama weighing in on the issue. In January 2013, in an interview reported in New Republic, he said, “I'm a big football fan, but I have to tell you if I had a son, I'd have to think long and hard before I let him play football.”

Obama was referring to the potential injury to players and he went on to highlight the issues faced by collegiate athletes:

Even some NFL players are not keen on allowing their sons to play the sport including Bart Scott, Jermichael Finley and Rashean Mathis. Troy Aikman said on the subject; “I think that we're at a real crossroads, as it relates to the grassroots of our sport, because if I had a 10-year-old boy, I don't know that I'd be real inclined to encourage him to go play football, in light of what we are learning from head injury.”

If more evidence was needed on the dangers of head injury in professional football then the Frontline documentary, League of Denial, (the first part of which is reproduced below) lays them firmly to rest.

Pressure on the NCAA Forces Settlement

Obama's comment concerning the lack of protection for college players was made in January 2013. The Frontline documentary aired in October 2013 and went on to win a Peabody Award for, “…its dogged pursuit of evidence, meticulous argumentation, and willingness to take on the most powerful organization in professional sports…”. A description of the documentary outlines just how chilling it must be for parents of college players:

The documentary demonstrates not just a pattern of denial by the NFL, but also intentional efforts to repress scientific findings, discredit researchers, and create its own “scientific research” suggesting football is safe. Brain examinations of deceased college and high school players with CTE also suggest that such injuries can occur at much earlier ages than was previously thought. The result is that viewers may feel a bit uneasy with the implications of their own fandom for what is increasingly understood as a very unsafe sport.

In July 2014, after almost a year of negotiations the NCAA finally settled a class action head injury lawsuit by creating a $70 million fund to diagnose college athletes in contact sports including football, ice hockey, soccer, basketball, wrestling, field hockey and lacrosse. According to an article in The Oregonian the deal stops short of setting aside money to pay players who suffered brain trauma.

Instead, athletes can sue individually for damages and the NCAA-funded tests to gauge the extent of neurological injuries could establish grounds for doing that.

Be Informed of the Risks

The spotlight continues to shine on head injuries in the NFL. With a high profile movie starring Will Smith as NFL injury whistleblower, Dr. Bennet Omalu set to hit cinemas on Christmas Day, 2015, it is likely to only get brighter. What this means for NCAA athletes remains to be seen but for sure as parents of college players it helps to be informed of the risks involved.

Needless to say, if you or your child suffer a head injury or other trauma while participating in college sports, it is essential that you do not settle for the line that sport is an activity which carries inherent dangers and that therefore you have no rights to seek compensation for medical bills and ongoing problems. Seek the counsel of an experienced personal injury lawyer who can walk you through the law as it applies in your state and advise you on your rights to redress.