Emotional Distress: An Element of Every Personal Injury Claim 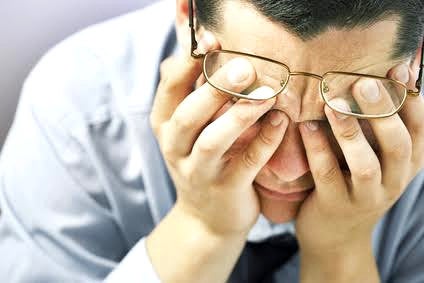 In considering personal injury cases, people commonly imagine the victim of a slip and fall injury or a car crash but there are other forms of personal injury. For example, there is the damage to one's reputation and social standing that might occur in a case of defamation through libel or slander or the victim of physical or sexual assault.

In personal injury law, emotional distress can be seen to arise as a side effect of another event or as the result of an intentionally inflicted action. Non-economic damages for emotional distress might be included as part of a personal injury case in a car crash or other bodily injury case. For example, the bereaved family of a wrongful death victim may seek non-economic damages for the loss of the companionship and support of their family member.

However, emotional distress can also be intentionally inflicted and it need not be restricted to bereavement or loss of companionship. Perhaps one of the most publicized recent cases in Oregon is that of Clark County Deputy Sheriff Edwrd Bylsma whose drive through order from Burger King was unpleasantly garnished with the spit of a Burger King employee.

Although maliciously adulterated food claims are difficult to prove, Deputy Sheriff Byslma was in the prefect position to do something about it.  He had the offending object tested for DNA and the culprit was soon arrested, convicted of felony assault, and locked up for 90 days.

Byslma then brought a product liability and negligence lawsuit against Burger King and the franchise owner for ‘…ongoing emotional distress, manifested by vomiting, nausea, food aversion and sleeplessness.' As the employee who spat in the burger had already been fired, he was not named as a defendant in the case.

This initial case was dismissed in  district court which stated that, “… the Washington Product Liability Act (“WPLA”) does not permit relief for emotional distress damages, in the absence of physical injury to the plaintiff purchaser caused by being served and touching, but not consuming, a contaminated food product.”

The case went before the Ninth Circuit Court of Appeals who sent it on to Washington Supreme Court to review the tricky question posed by the district court's holding. The Washington Supreme Court decided that Byslma's case could move forward because, “… the WPLA permits relief for emotional distress damages, in the absence of physical injury caused to the direct purchaser by being served and touching, but not consuming, a contaminated food product, but only if the emotional distress is a reasonable reaction and manifest by objective symptomatology.”

Byslma's case is ongoing but it has already changed the landscape of personal injury law by opening the door to recompense for emotional distress in the absence of physical injury.  It also demonstrates that it is not sufficient to simply claim emotional distress. In order to win his case, Byslma is going to have to prove the veracity and extent of the injury caused by his emotional distress over the contaminated burger.

Plaintiffs with personal injury claims including emotional distress should be prepared to prove the extent of their distress through doctor or witness statements attesting to the severity and duration of their mental anguish, physical manifestation of stress such as headaches or ulcers or effect on daily life such as an inability to  work or leave the house. They must also be prepared to have opposing counsel pore through their mental and medical background looking for ways to discount their claims.

In order to obtain full and fair compensation for the emotional distress associated with an injury, it may be necessary to seek the advice and counsel of experienced personal injury attorneys.