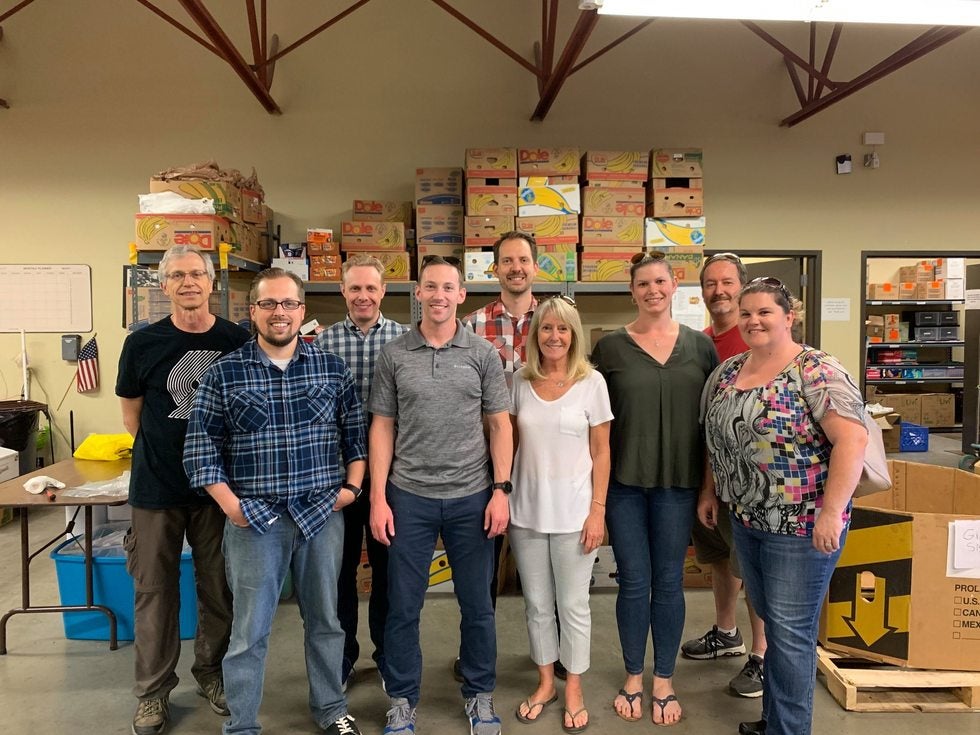 On Tuesday, June 4, Schauermann Thayer attorneys participated in the Southwest Washington effort of the Washington State Association for Justice's (WSAJ) “Trial Lawyers Care” program.  Scott Edwards, Bill and Brad Thayer, and Ben Melnick all worked with other personal injury attorneys and members of the legal community on the service project.  This year, the effort was working with Share.  The participating volunteers worked in Share's Donation Warehouse on Andresen Road in Vancouver as a group on various projects. 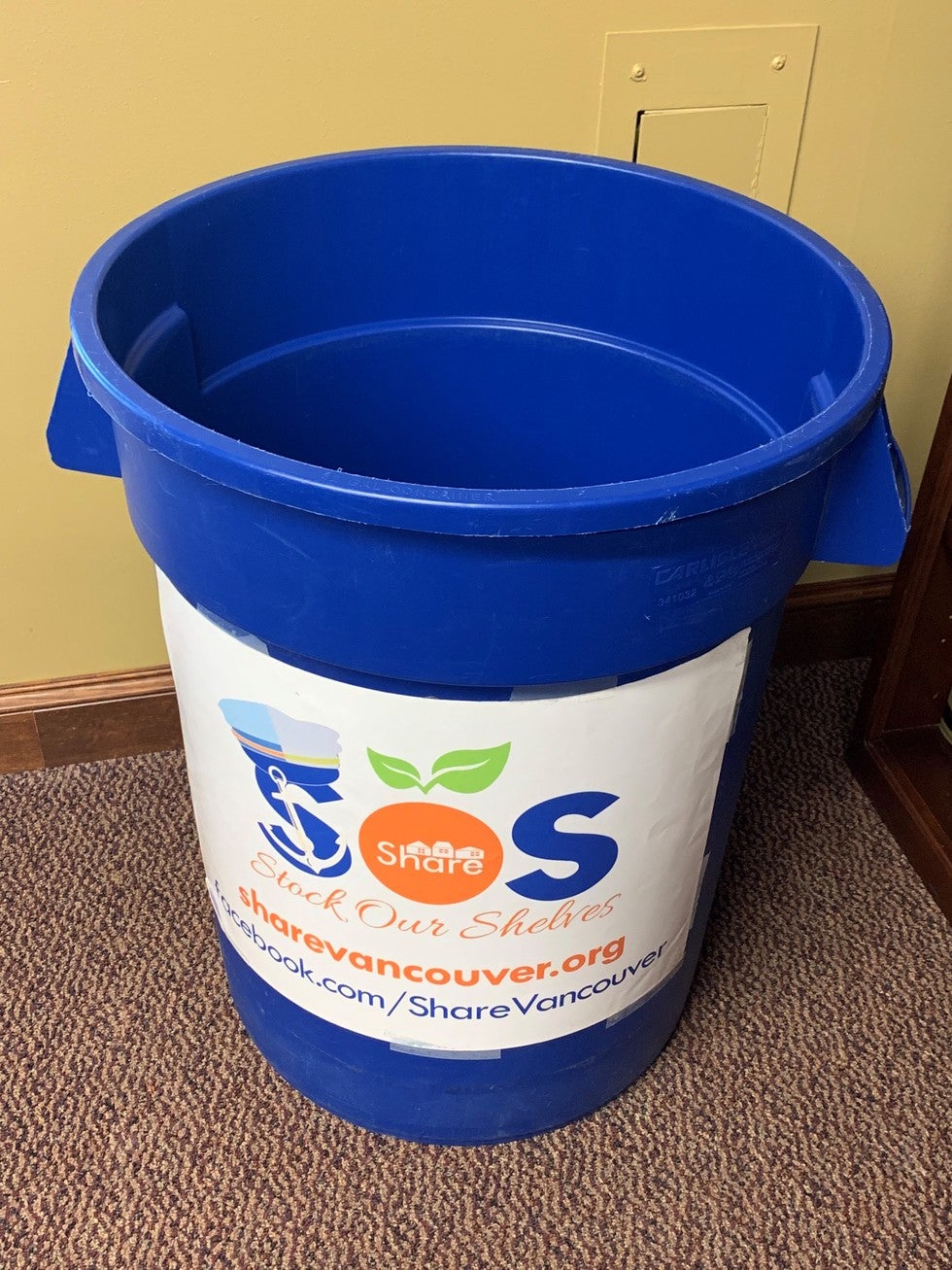 Our Donation Bin, at the start of the drive

At the Schauermann Thayer office, too, the firm hosted a food donation bin for Share in the days leading up to the volunteer event and for one week total. 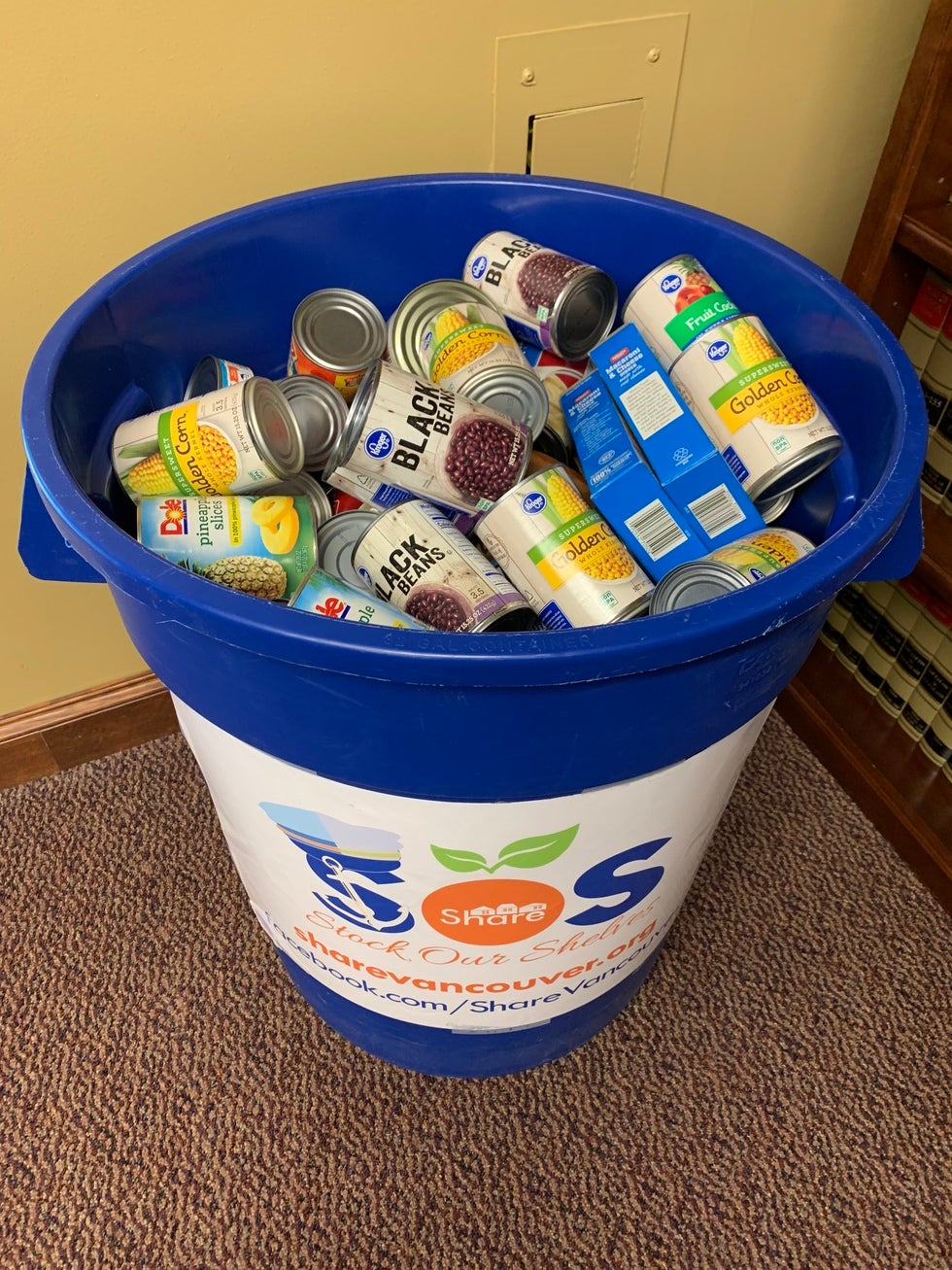 Trial Lawyers Care is a great organization that originated as a nonprofit launched September 24, 2001, in response to 9/11. In the wake of that tragedy, members of Trial Lawyers Care provided free legal help to individuals and families devastated by the attacks.

Since then, many trial lawyers have chosen to continue efforts to volunteer and help their communities. In Washington, for example, the Washington State Association for Justice's Trial Lawyers Care program provided free legal services to the victims of the Oso Mudslide in early 2014. In past years it has helped with victims of wildfires and similar natural disasters.