The Rescue Doctrine in Washington & Oregon

It is no doubt universally agreed that our laws should encourage people to act when the need arises as “Good Samaritans”. Coming to the aid of someone at risk, or injured, certainly fits that bill.

Let's say John negligently crashes his car into Jane's, leaving her in a disabled car dangerously exposed in the middle of a busy highway. Mary witnesses the incident and sees Jane at risk; Mary stops, gets out of her car, and rushes on foot across the road to try to help Jane get off the highway to safety.

A passing vehicle then inadvertently strikes Mary, our hypothetical would be “rescuer”.

A Breakdown of The Rescue Doctrine

Who is at fault in this scenario? Or more particularly, can John be found liable for Mary's injuries when his car wasn't the one that struck her?

Maybe it is less confusing if restated this way:

C comes to the rescue of B.

Is A responsible for any injuries C receives as a result of that rescue attempt?

The answer in Washington State as well as in Oregon is definitely, “Yes”. Person C can be held responsible for the damages of both B and C.

Person B gets hurt as a result

Can Person A be responsible?

Once again, the answer is "yes."

The would-be rescuer has typically been able to collect damages from the actor who negligently created the situation in the first place.

Elements of The Rescue Doctrine

Here are the elements that must be satisfied in order for Person B (plaintiff) to recover damages from Person A's (defendant) negligence.

First, there must be peril (danger) or the appearance of peril to a third party or the defendant, caused by the defendant.

Second, that peril or appearance of peril must be imminent (immediate).

Third, it has to be a situation where a reasonable person would recognize the peril or appearance of peril, and the plaintiff must also have actually recognized it.

Case Law About The Rescue Doctrine in Washington

Cases so holding in Washington include Maltman v. Sauer, quoted from above.

Case Law About The Rescue Doctrine in Oregon

Cases in Oregon recognizing the viability of the doctrine include;

‘It is clear then that the concept of assumption of risk in the primary sense is not to be considered in a situation where the defendant has breached a duty towards plaintiff * * *. This means specifically that even when a danger is fully known and the comprehended plaintiff is not barred from recovery simply because he chooses deliberately to encounter it, in the following situations:

‘(7) Where the plaintiff seeks to rescue another person or his own or another's property which is endangered by defendant's negligence.

* * * Of course the means of rescue chosen might be so unreasonable as to amount to negligence even in the light of the emergency. If so, the plaintiff will be barred for contributory negligence but not for want of breach of duty toward him.'

It is now fairly well established that one who is injured in an attempt to rescue another person's property which is endangered by the defendant's negligence may recover for the injury. Since the defendant owed a duty to the plaintiff, the defense of assumption of risk is not applicable.

Summary of The Rescue Doctrine

In summary, essentially the Rescue Doctrine provides that a rescuer can recover damages from a negligent person when the rescuer is injured in trying to be a Good Samaritan. As I noted at the outset of this blog, there can be no doubt that this is a good thing; it is the way the law should be. Honoring the heroes amongst us by at least making the negligent parties responsible for all damages resulting from their carelessness that created the need for heroism in the first instance is an important, if not critical, public policy. 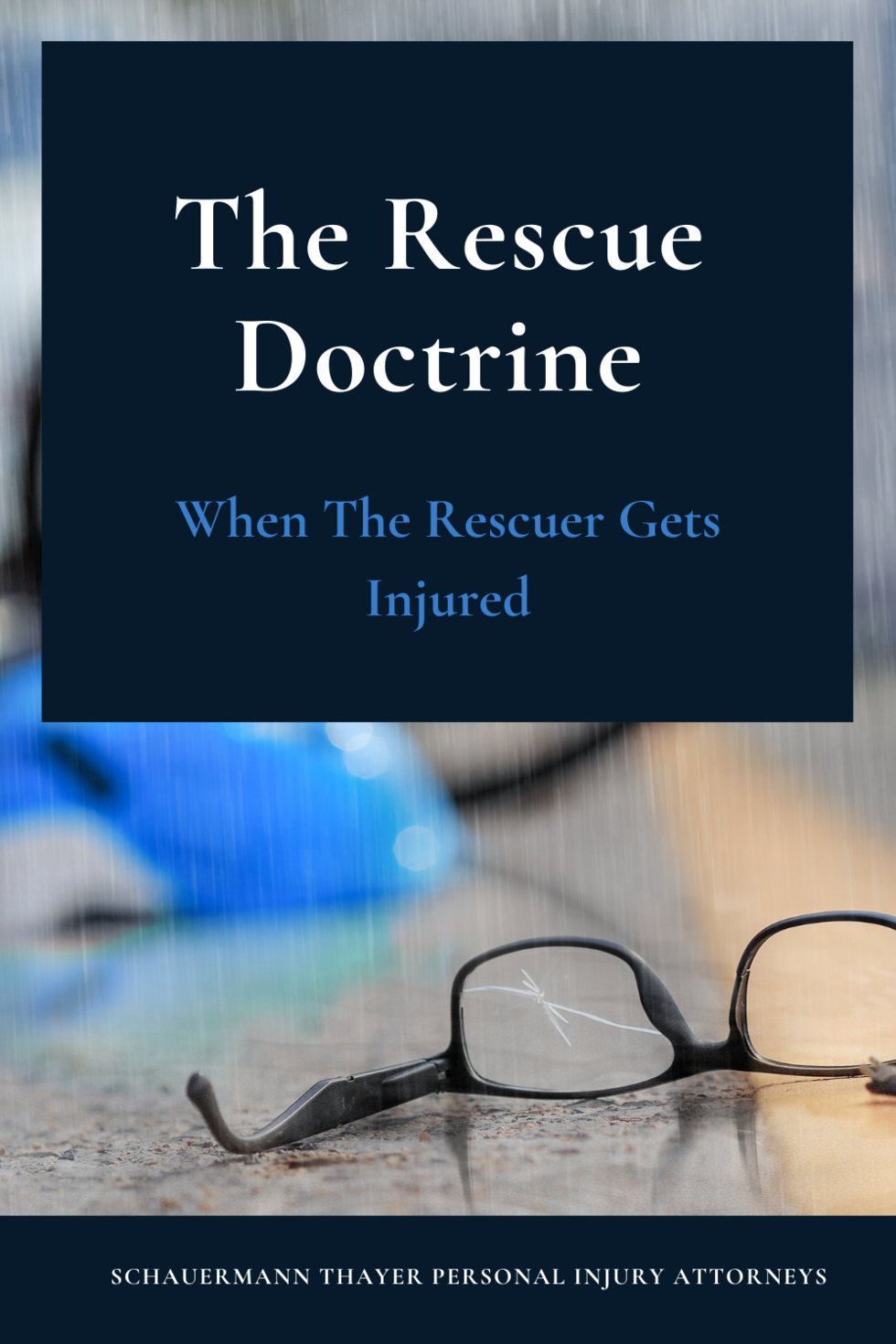