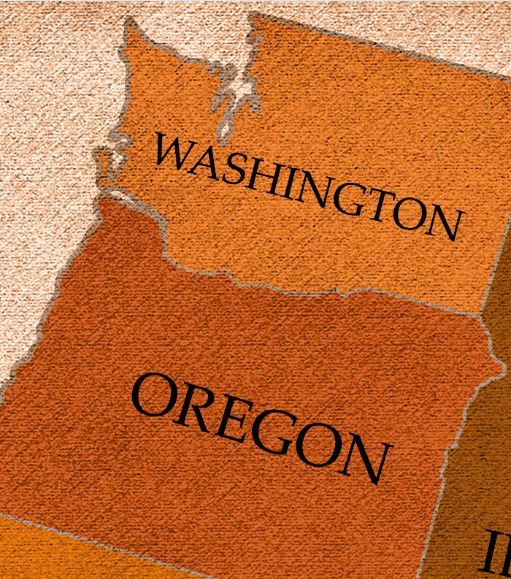 The following is not intended to be legal advice, but simply generalized considerations for folks who have been injured in an incident which may involve both Washington State and Oregon laws, potentially. Specifically, the following is meant to highlight common concerns with respect to time limitations on the claims those injured folks might have.  These cases involving more than one state are complex for myriad reasons and it is likely best to get on the phone with an attorney who fully understands those reasons as soon as practicable to get a sense of how the interstate interplay actually applies to the specific circumstances you face.

Where the Crash Happened in Washington

“(12)(a) The parties to this coverage agree that no cause of action shall accrue to the insured under this coverage unless within two years from the date of the accident:

(A) Agreement as to the amount due under the policy has been concluded;

(B) The insured or the insurer has formally instituted arbitration proceedings;

(C) The insured has filed an action against the insurer; or

The purpose of this tort claim presentment requirement is to allow governmental entities time to investigate, evaluate, and settle claims before they are sued.

Practically speaking, there is a 60-day waiting period which is required between presentment or “filing” of this type of notice of a tort claim against a governmental entity and filing a lawsuit based on such a claim.

“A claim is deemed presented when the claim form is delivered in person or is received by the agent by regular mail, registered mail, or certified mail, with return receipt requested, to the agent or other person designated to accept delivery at the agent's office.”  RCW § 4.96.020 (West).

A claim form that is mailed should be sent at least 63 days prior to the statute of limitations.  A statute of limitations is a prescribed (by statute) deadline by which—if a lawsuit is not properly filed and served on the at-fault party—the injured person loses their claims and any opportunity to pursue their damages forever.  Again, in Washington State, an injured person has three years to pursue their claims—but, as discussed here, claims against a government entity shorten that time period by at least 60 days.

Washington courts typically demand strict compliance with the “filing” procedural requirements of RCW 4.96.020.  Because strictly complying can be tricky, if you believe you might have claims against a governmental entity in Washington, you should get in touch with an attorney as soon as practicable.

Where the Crash Happened in Oregon

Note: In Oregon, an injured person typically has two years to pursue their bodily injury claims (it is three years for a wrongful death).  The statute of limitations for injury to real or personal property is six years in Oregon.  Tolling of statutes of limitations can occur for minors or incapacitated persons (among others).  As discussed here, other critical time restrictions in addition to the applicable statutes of limitation might apply, though.

Again, cases involving more than one state are complex for myriad reasons and it is likely best to get on the phone with an attorney who fully understands those reasons as soon as practicable to get a sense of how the interstate interplay actually affects critical time deadlines potentially at issue under the specific circumstances you are dealing with.