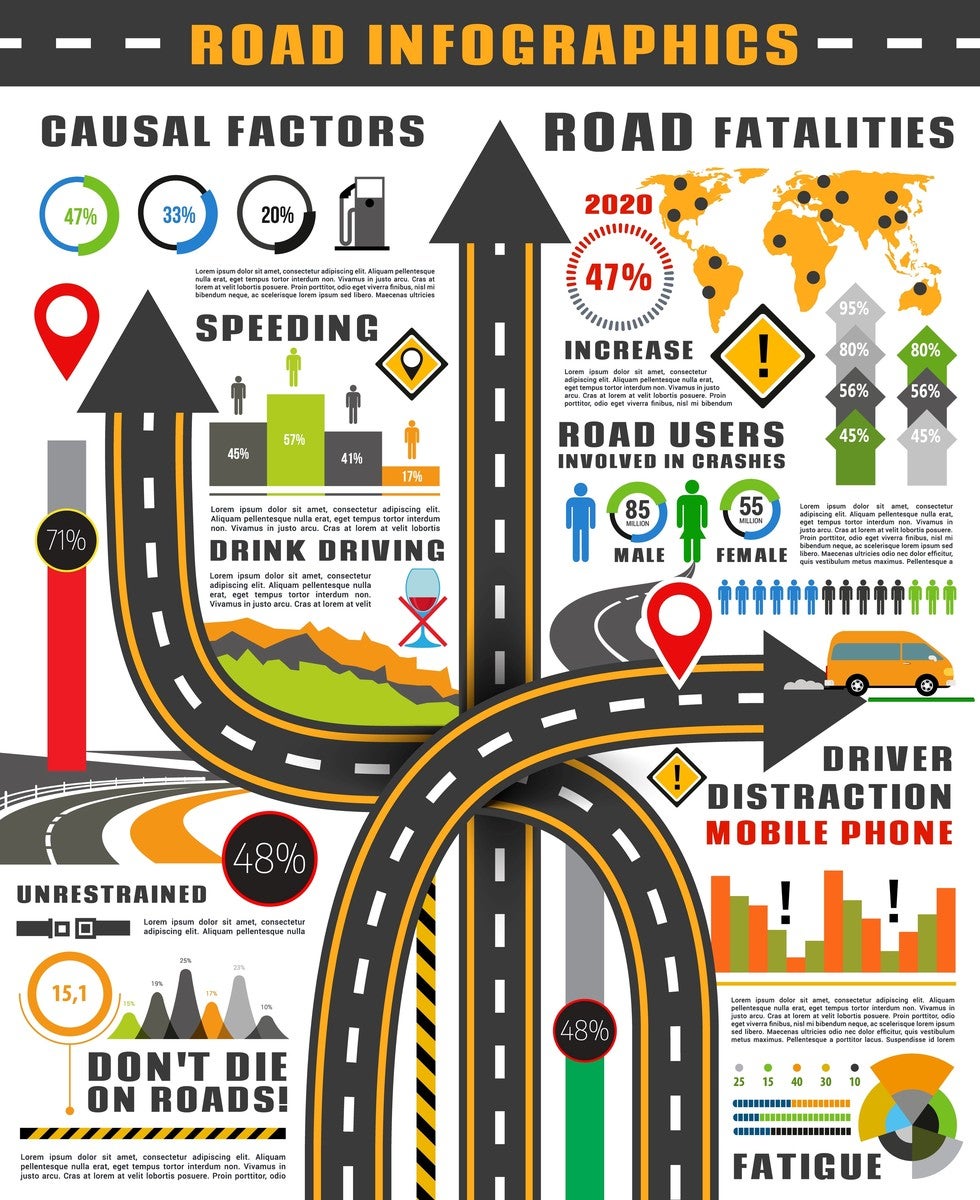 Last month the Columbian published an article from the Associated Press entitled, “Risky Driving: U.S. traffic deaths up despite virus lockdowns”. In the article, the National Safety Traffic Administration (NHTSA) looked at data from the first nine months (January through September) and calculated that the number of people killed on the nation's highways rose 4.6% despite the number of drivers on the roadways being drastically down as a result of COVID-19 lockdowns. As might be expected, traffic deaths rose 0.6% during the first-quarter of 2020 (January through March), and fell 1.1% in the second quarter (April through June) as coronavirus lockdowns kept people mostly inside. Somewhat less expected however was the drastic spike in fatalities was in the third quarter (July through September). During that time period, fatalities spiked an astonishing 13.1%. The number of accident victims needing medical treatment also increased during this time period.

The NHTSA believes that there are two factors at play which caused such a drastic increase. The first, I think, is somewhat expected. In the early days of lockdown, when people did go out, the roadways were mostly empty. Drivers found open roads and drove faster. The faster driving continued even though other drivers began returning to the roadway.

The second factor was less expected. During the time period, many states showed a reduction in the number of traffic stops. They estimated that not only was this reduction attributable to the lack of vehicles on the roadway, but also a lack of enforcement. When drivers believe they can “get away with it” they are much more likely to speed or disobey traffic control laws.

Here at Schauermann Thayer we noticed the same trend. Last year was difficult for many different job sectors. The legal profession was, for the most part, as susceptible to the downturns as any. With courtrooms shut down, and business disruptions throughout the United States, many areas of the legal profession experienced a downturn in new clients or a reduction in the amount of work coming from existing clients. At Schauermann Thayer, like many other attorneys in the personal injury field, we actually saw an increase in calls to our office. We attribute this increase, in part, to the number of significant collisions.

Though we are grateful to be in a position to have avoided the financial collapse many industries experienced last year, we are aware that our firm's financial security comes at only after the health and happiness of our clients has been injured. We work hard to compensate our clients for those losses, and are grateful for the opportunities to do so. Through the work we do, we also try to make our communities safer by holding those careless drivers and corporations responsible who break the safety rules designed to keep us all safe—like speed limits.

Though, I think, for the most part traffic patterns have returned to mostly pre-COVID levels, we should all check ourselves and make sure we are driving in a way to keep us all safe.