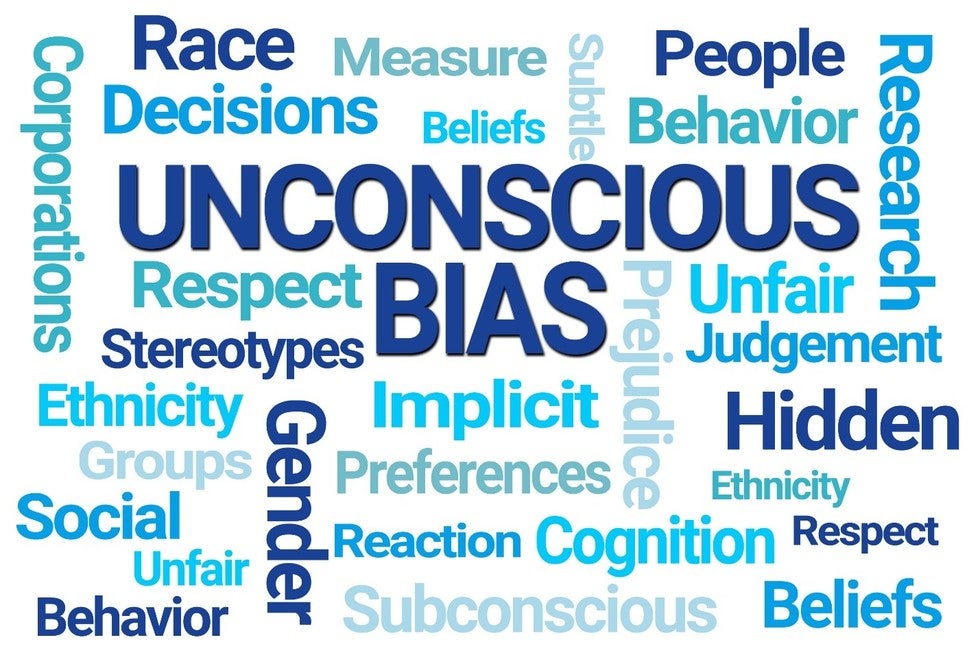 Discussions of race, race relations, and racial disparity in America are as prevalent now as they were in the 1960's. Protests throughout the United States seek to raise awareness of the bias in America—especially with respect to the effects of race in the administration of the law. It is undeniable that African Americans and other racial minorities are over-represented in all aspects of the criminal justice system. For example, African Americans are more often reported as having committed a crime, more often arrested, more often charged, more often convicted, more severely sentenced, and less likely to be granted an appeal.

One possible, indeed likely reason, for this trend, is implicit or unconscious bias. Unconscious biases are social stereotypes about certain groups of people that individuals form outside their own conscious awareness. Everyone holds unconscious beliefs about various social and identity groups, and these biases stem from one's tendency to organize social worlds into easy categories.

Unfortunately, most Americans hold an unconscious bias, an automatic preference, for white people over black people. This automatic preference—found even in people who profess to “treat all people equally” or who would oppose any notion that they held racial beliefs or feelings—could most definitely account for the higher rates of African Americans throughout our criminal justice system.

The Oregon Court system recently published a video entitled “Oregon Implicit Bias Training.” It discusses the role of “unconscious bias” in the jury system and the video is now played for all Oregon jurors before jury service. You can find the video here.

In the video, Adrianne Nelson, Associate Justice of the Oregon Supreme Court, introduces the video and discusses the dangers of unconscious bias in the courtroom. Throughout the video, several judges, help explain how jurors can make objective decisions and treat the parties fairly. The video identifies three steps that jurors can do to help prevent unconscious bias from affecting their decision making:

These same steps can help all of us minimize the unconscious biases that unfairly affect our response to the world around us. The video is worth watching, even if you're not serving on a jury.

The Federal Court for the Western District of Washington published a similar video that can be found here.

Harvard University published a series of tests aimed at helping us identify the unconscious biases—the mental shortcuts—we carry with us without even knowing. These tests can be found here and can help us better understand how, and why, we see the world differently than we might expect.

We can't solve the racial issues plaguing our country overnight. But by better understanding our unconscious racial bias, and by examining and questioning our decisions, we can at least move the needle in the right direction toward equality and fairness.