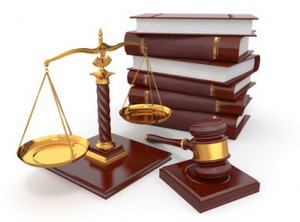 The civil justice system has provided some much needed remedies in the history of car accident cases.

What would cars be like without the civil justice system?  Short answer… not so safe. Consider this history of dangerous car problems, published originally by the American Association for Justice, that only fixed after court cases were brought by car accident victims.

GM could have fixed their gas tanks for $8.40 per car, but calculated that paying for 500 accidents would cost only $2.40 per car. Several car manufacturers, including GM and Ford, designed defective gas tank placements, which resulting in in fires, and explosions and even minor collisions.  As a result of litigation, gas tanks are now universally located within rigid frames.

One landmark case was Grimshaw v. Ford Motor Co. (1981) in which the notorious Ford Pinto was manufactured with an unprotected gas tank resulting in explosions during collisions. Litigation revealed that Ford know of the design problem and though they calculated it could be fixed for as little as $11 per car, they elected to sell the car as it was. Several persons burned to death as a result.  The company in part argued that it met all the federal standards in place at the time, as have other manufacturers over the years. The company lost and the size of settlement for this case, along with other litigation results in the industry, inspired safety gains.

As one of our senior attorneys, William (Bill) Thayer, notes, “A car crash is an unsettling experience. Until you have been involved in one, it is difficult to appreciate how frightening a crash can be, and how many different aspects of your life the injuries resulting from a crash can impact.” In the Grimshaw v. Ford Motor case, the results were very grim. The driver of the Pinto died as a result of her burns, and 13 year old Richard Grimshaw, a passenger, suffered severe and permanently disfiguring burns to his entire body.

Other features (or lack of features) in cars have also played a role in dangerous situations and resulting litigation.  Airbags were first designed in the 1950's, but auto manufacturers were slow to install them.  By 1988, only two percent of new cars came equipped with air bags.  Courts found that manufacturers knew their cars were safer with air bags and that many lives could have been saved had they been included.  These findings forced manufacturers to install air bags in all cars.  Recently we've written about a related situation where there have been millions of recalls due to dangerous air bags installed on a number of different vehicles from different manufacturers.

Mindful of these tragic histories, we are pleased to work as a collaborative group of experienced auto and car accident lawyers (with other focus areas as well). Scott Staples, another attorney on our team, puts it like this: “Two minds are better than one, and three minds are better than two, and we find in our office of five now it is a great benefit to the primary attorneys on a case to ask for a fresh pair of eyes to take a look and make sure we're not missing something.”