Car Accidents in Washington and Oregon 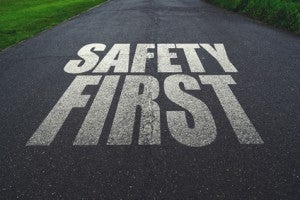 Driving safely should be among good driver’s first consideration — then there are different types of insurance coverages, to help protect you from those that are not good drivers.

In 2012, there were approximately 30,800, fatal automobile fatal automobile crashes in the United States alone, reports the IIHS –Insurance Institute for Highway Safety. 305 deaths occurred in Oregon, and 401 in Washington that year.  That means, on average 92 people lost their lives in an car crash each and every day of the year in the US.  That's the bad news.

The good news is that deaths have been decreasing over the past decades due to improvements in automobile safety measures.  Often, in our experience, however, those seeking a car accident attorney are not involved in a auto accident fatality case, but may be dealing with a serious injury resulting from an automobile incident.  Here we look at some general statistics and share some thoughts on the differences in insurance coverage in Washington and Oregon.

The most common types of car accidents include:

The IIHS data shows that, “Whiplash injuries can be sustained in any type of crash but occur most often in rear-end collisions. Based on National Automotive Sampling System data, the National Highway Traffic Safety Administration (NHTSA) estimated that there were 805,581 whiplash injuries occurring annually between 1988 and 1996. Of these injuries, NHTSA estimated that 272,464 occurred as a result of a rear impact.  A 1999 Institute study found that 26 percent of drivers of rear-struck vehicles reported neck injuries to their insurance company. This was about the same as the 24 percent neck injury rate reported in a 1972 Institute study. Estimates of neck injury rates in other studies have ranged from 7 to 37 percent, depending on whether police or motorists reported the information.”

Washington Car Insurance:  Washington is a strictly “fault” state. This means that, an injured person can recover from a person who is responsible for his or her injury, even if that responsible person is just 1% at fault, and even if the injured person is 99% at fault. It follows that a driver, passenger, or pedestrian who has been harmed in a car accident may choose to do any, or all, of the following:

This approach allows a party who may share some responsibility for his or her injuries to recover the damages caused by other parties. For example, if John and Michael each run a stop sign and a collision occurs both may be equally liable for the collision. Perhaps John is slightly more at fault than Michael. Perhaps he is mostly at fault. Regardless, in Washington, even if John were found to be 99% at fault, if Michael is even 1% at fault, John can recover from Michael, but his recovery would be reduced by any damage attributed to John's own fault.

Oregon Car Insurance:  Oregon doesn't allow for this type of recovery. Following the example above, in Oregon, John would only be able to recover if his share of the fault was less than 50%. Once John is determined to bear the greater percentage of fault, there is no recovery.

The differences are not limited to determination of fault. Our firm partner attorney William (Bill) Thayer explains, “Under Washington law, underinsured motorist (UIM) insurance acts as a floating layer of coverage above the liability policy limits of the driver that causes a crash. Regardless of the liability limits, UIM limits will be there to supplement an injured party's recovery up to the full amount of coverage available. Under Oregon law, UIM insurance limits are cancelled out by the liability policy limits of the driver that causes a crash. Thus, if the UIM limits are the same as the liability limits, there is no additional coverage.  Actually, UIM is a very important coverage whether you are an Oregon or a Washington insured, and when you are shopping for insurance (either buying a new policy or renewing your existing auto policy), you should be sure to maximize your UM/UIM insurance coverage limits – buy as high of UIM limits as you can afford.”

We've prepared some more articles for your review regarding auto accidents, insurance and car accident attorney concerns, and would like to also leave you with two more thoughts: