Victims Of Intentional Torts – If A Civil Lawsuit May Not Be Cost Effective, What Can Be Done? 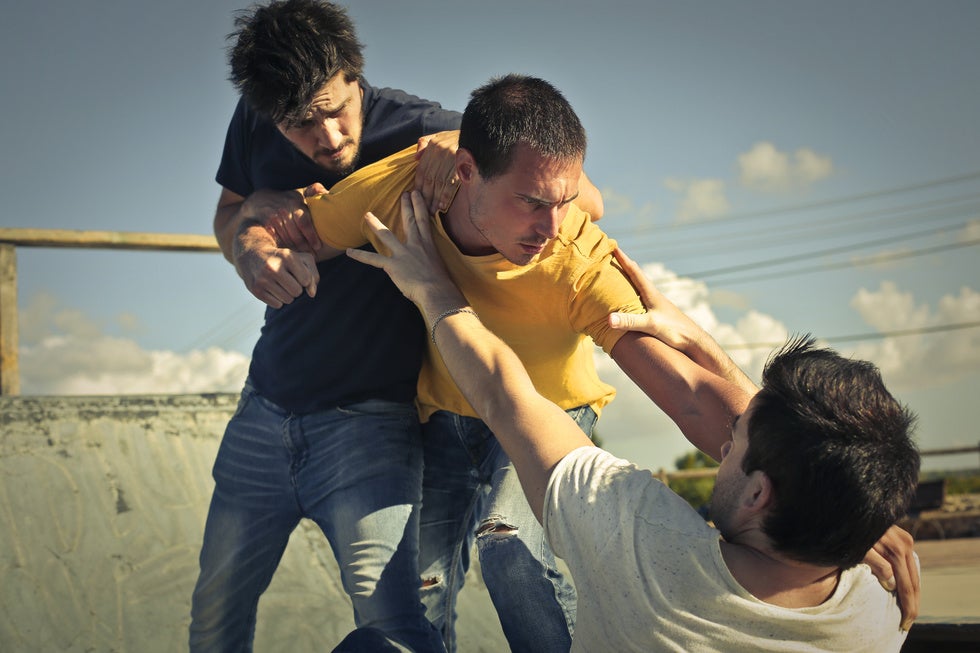 “[T]he place to turn to is to the criminal justice system.”

We are personal injury and wrongful death attorneys. As such, we often get calls from someone who has been assaulted, molested, or otherwise injured as the result of an intentional act. Acts done purposefully which cause harm to another are referred to in the law as “intentional torts”. These phone calls we get can range from someone having simply been threatened or harassed, to the caller or their family member having been actually physically hit, shoved, sexually attacked or raped, or merely slandered. In some of the more egregious physical assault cases, there may even have been a fatality. This subject was discussed at some length by my partner Scott Staples in his blog published on May 23, 2019, entitled: “What if Someone Intentionally Injures Me?”.

As that prior blog suggested, it can be frustrating for us to try to best advise someone in these situations – but it must be even more frustrating for the person seeking the advice – because of the fact that there is often such a blatant discrepancy between what can be done within the civil justice system, and perhaps what should (or shouldn't) be done, given the costs associated with civil litigation. Let me briefly revisit why that is so here.

We will use the simple question most often posed when we get such a call as a framework for illustrating why it often doesn't make sense to hire a private attorney to pursue a civil remedy of money damages from an intentional tort.

“I have been molested by someone. Can I sue them?”

To that question, posed hypothetically here, my typical answer would usually start with something like this:

Yes, you can sue them. But a lawsuit is an expensive process, involving attorney fees, filing and other court fees, court reporter fees, expert witness fees, etc. So it may or may not be advisable to do so.

To elaborate a bit. Normally, unless a person's wrongful acts are covered by insurance, either auto or homeowner or some business liability insurance policy, getting a civil judgment against the person who committed the assault isn't going to be collectible. There are rare exceptions to that general statement, such as if the perpetrator of the intentional tort is a person of substantial economic means. But most people who commit crimes of improper touching, rape, or physical assaults aren't usually wealthy enough to warrant their victims spending tens of thousands of dollars seeking a civil judgment against them which likely won't ever be paid. And homeowners, auto, business and umbrella liability insurance policies almost invariably exclude coverage for intentional torts, like a molestation or assault. Thus the victim of an intentional tort likely won't be able to collect against whatever liability policy the perpetrator might have even if a lawsuit results in a civil judgment against the perpetrator for their having committed an intentional tort.

So again, the answer to the basic question is yes, the victim of an intentional tort can sue the person who hurt them, but it may not be cost-effective to do so.

Since it usually doesn't make sense to spend good money after bad chasing a civil judgment that won't likely be collectible for someone, our law firm typically does not handle lawsuits seeking civil remedies for intentional tort claims. There have been instances, however, where it did make sense from a cost-benefit perspective for a prospective client to hire us and pursue their claim in the civil courts. Each situation has to be looked at on its own facts, with not only what happened being considered, but also, is it likely that pursuing a civil judgment against the perpetrator will end up bettering the ultimate outcome for the victim, financially or otherwise? Please note, even though we seldom actually end up being hired on such cases, we are always happy to talk to anyone who has been injured, to offer guidance and explore whether their particular potential case is one that if filed as a lawsuit could actually result in a positive benefit, versus an unnecessary expenditure of that victim's time and money. And the way our law firm works, we don't charge for such a consultation.

I will also stress that there are time limits to bringing any kind of an action, so if this topic is one of interest to you because of a specific event, do be prompt in seeking legal advice. Be aware that intentional torts like assault have a shorter Statute of Limitations than do negligence claims, depending on where the assault occurred (that is, in which state). In the state of Washington, for example, the right to sue a person for a money judgment in state court for such a claim must be properly filed and served on the party at fault within two years of the date of the assault, or the victim's ability to pursue it at all in the civil courts will be forever barred.

Now, if you have read this far with the hope of learning what other potential remedy there may be for victims of intentional torts – given that it is typically the case that hiring a private lawyer and suing for money damages in the civil courts is not likely to be cost-effective – here it is: the place to turn to is to the criminal justice system.

In the 1990s, thankfully, state legislatures around the country woke up to the fact that there should be protections not just for the accused in a criminal case. Now, crime victims have rights too, just as defendants do, built into the criminal justice system. In Washington, a constitutional provision outlining victim's rights is Art. 1, Section 35, Wash. Const. (adopted by Amendment 84). In addition, see RCW 7.69.030. In Oregon, constitutional provisions include Art. 1, Section 42 and 43 of the Oregon Constitution. Oregon statutes elaborate on victim rights, including a number of protections set forth in ORS Chap. 147.500 et seq. Look these provisions up, for the state where any intentional harm occurred, and read through them carefully.

In addition, here is some basic practical advice: If you have been raped, molested, assaulted, or threatened – first and foremost, make sure that you have called the police and reported the crime, preferably immediately. Second, press the police to report the crime to the appropriate prosecuting agency, be that the prosecutor, district attorney, or the City Attorney's Office.

Once that much is done, follow up by contacting the applicable prosecuting agency yourself and asking to speak with the assigned prosecutor, assistant city attorney, or district attorney. If you can't get past the receptionist when you try to do so, ask if there is a victim-witness advocate that can be put on the phone with you.

Ask the assigned victim-witness advocate, prosecutor, or district or city attorney your questions, get their number for follow up, and stay in touch with them, keeping track of court dates and opportunities for you to offer input into the proceedings, until the criminal justice process has run its course and the perpetrator either enters a guilty plea or is tried for his or her crime.

Finally, start asking early-on of the victim-witness advocate and the assigned prosecuting attorney if there will be an opportunity for you to be awarded a judgment in the criminal case for restitution for your economic losses caused by the assault or other harmful act. Also, ask them if you can apply for Crime Victim Compensation benefits, and if so, to assist you in doing so.

Prosecutors, district and city attorneys are there to prosecute crimes that have been committed. The crime victim is someone they need to do their job effectively. It goes without saying that you should stay in touch with the assigned prosecutor, keep them informed of your whereabouts, appear in court when needed to testify, and provide your input as the crime victim regarding what you would like to see imposed as punishment and probation conditions against the person that wronged you should you wish to do so.

It is devastating and disturbing to be the victim of someone's intentional misconduct of any kind. It is not something that can be undone and can leave victims with significant emotional, if not physical, scars. Unfortunately, due to a lack of insurance coverage, there often there isn't really a cost-effective way to obtain redress or justice in the civil courts. Nevertheless, because of the victim right provisions that have thankfully been added into the criminal justice system, there can at least exist a reasonable opportunity for a victim to be heard, and to seek justice.