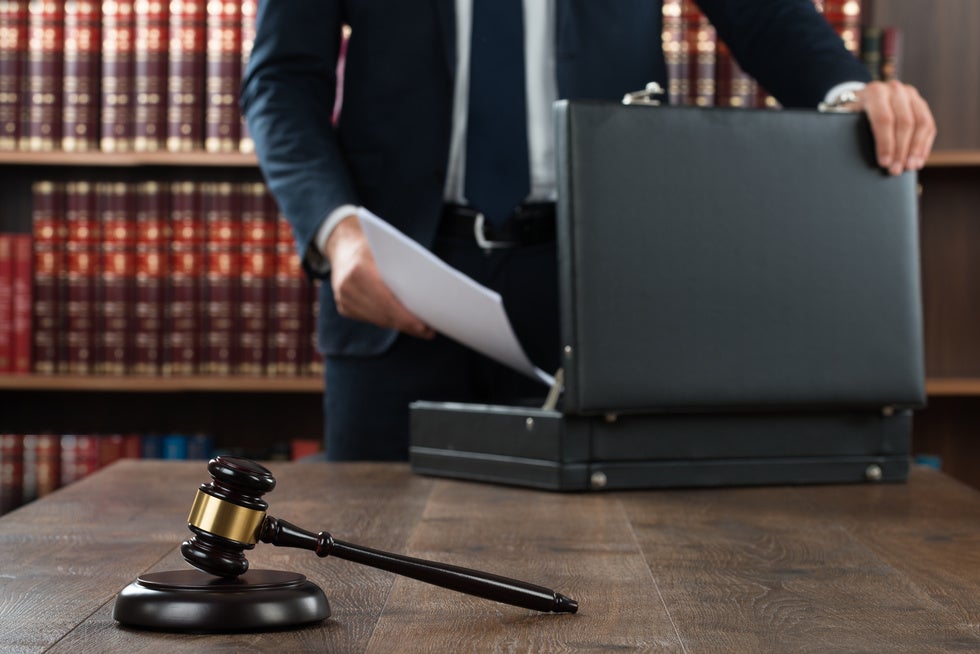 In previous posts we've at least touched on what an arbitration is, and what role it may play in a personal injury case—like here, here, and here. A lot of folks confuse arbitration with mediation. Mediation is where the parties to a lawsuit, by agreement or by court order, get together with a neutral person (usually a retired judge, or an attorney who specializes in mediations), in an effort to bridge gaps in positions and broker a resolution to their dispute.

That's not what an arbitration is. In short, think of a trial.  Except instead of many days or weeks, it will usually take less than one day; instead of a jury deciding who wins or loses and how much the claim is worth, a neutral retired judge, retired attorney, or practicing attorney will hear the evidence and decide the case; instead of in an imposing courtroom, the hearing takes place in someone's office conference room; instead of hours of live witness testimony, most of the evidence will be presented via affidavits, medical records, and other documents. There are of course other differences as well, but I consider those to be the highlights.

The two types of arbitration we deal with in personal injury cases are contractual ones, and “mandatory arbitration” (MAR for short). Contractual arbitration is usually done when a person has a claim against their own auto insurance company, and the auto policy says that disputes about benefits are subject to arbitration. The contract/insurance policy spells out the rules for the arbitration, and the result is almost always (again, depending on what the policy says) binding on the parties. We commonly see this when a client has a dispute with their insurer over whether they're owed underinsured motorist (UIM) benefits, or personal injury protection (PIP) benefits. Find a brief summary of those types of benefits here.

Mandatory arbitration in Washington happens after a lawsuit is filed and is part of the court system. Typically it goes like this. When we can't resolve a client's injury claim for fair compensation with an insurance company, we have to file a lawsuit in state court against the wrongdoer, and the insurer then defends them in the lawsuit by hiring them a lawyer. The insurer is still responsible for paying whatever result is reached. This is litigation. At some point our clients, with our advice, are going to have to decide whether to go down the path that leads directly to a trial, or the path that goes through MAR.

In order to qualify for MAR, the client has to agree that the amount of money they can ask for from the arbitrator is capped. State statutes set the maximum award for MAR, which (as of a recent law change) is $100,000, up from the previous $50,000. However, the law does not require all counties to adopt the higher limit. Each county in Washington has to decide whether to affirmatively adopt the higher $100,000 limit, and if they don't the limit is still $50k. Many have chosen the higher limit. Clark County, where our office is located, uses $100k. Cowlitz and Lewis Counties also use the $100k limit.

The same is not necessarily true in some neighboring counties, where many of our clients reside, or where their injury incidents may have occurred. Skamania and Klickitat Counties have not adopted the higher MAR limits, but I have it on good authority that they are doing so in 2020.

In many personal injury cases (and probably all wrongful death cases) the damages are going to be significantly higher than the arbitration limits, and unless there's a compelling strategic consideration to the contrary, those cases would not be right for MAR. But many cases are going to involve damages within the MAR range, and by submitting to MAR the injured party can, as a tradeoff to the damages cap, take advantage of some very useful features of MAR. These include: