What is an Arbitration? 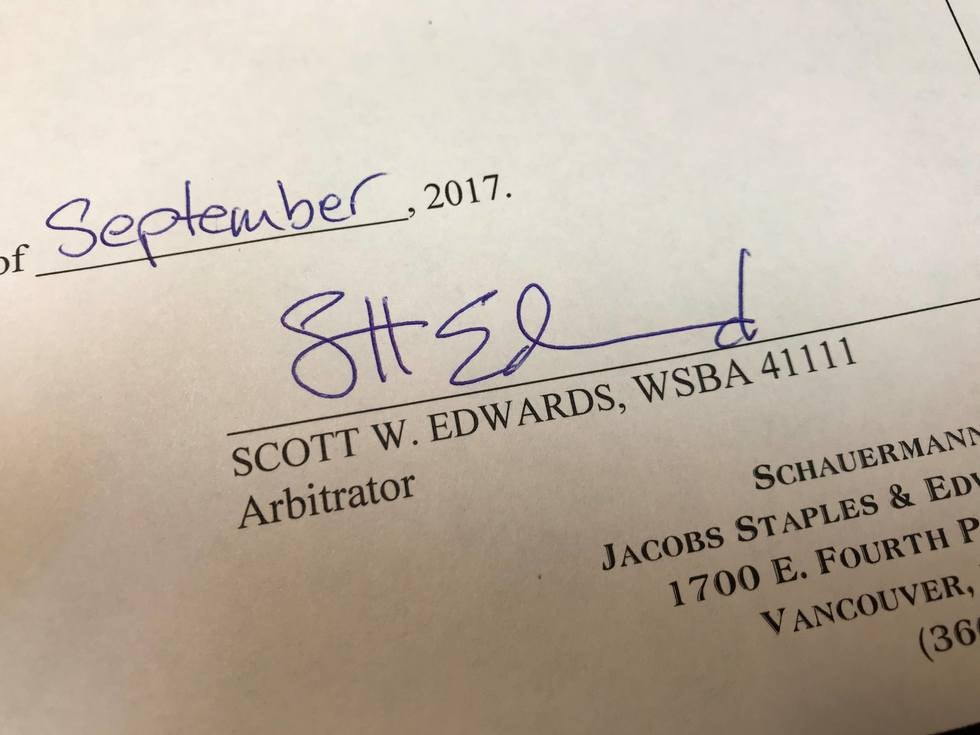 In an arbitration, instead of a case being resolved by a judge or a jury, it is resolved by a neutral arbitrator - typically an attorney in town who agrees to serve as an “arbitrator”. The arbitrator not only acts as the judge, making legal rulings about the admissibility of evidence, or ruling on a party's motion, but also serves as the jury by reaching a decision on the merits of the case. An arbitration proceeding typically last two to three hours, where a civil jury trial almost always takes two to three days minimum.

Last week I had the opportunity to serve as an arbitrator in a civil lawsuit that had been filed by one party against another party. Being selected to serve as an arbitrator is not something that all attorneys have the opportunity to do. When selecting or agreeing upon an arbitrator, parties typically look for someone who has a reputation in the community for being fair and reasonable and who is able to look at the evidence objectively without coming in to the arbitration hearing with preconceived notions or their own advocacy. When serving as the arbitrator, we have an opportunity to listen to how plaintiff's attorneys present their cases and how defense attorneys challenge those assertions. It is an opportunity for us to not only develop our own skills, but also to gain a greater understanding and appreciation for the roles of both the jury, as well as the judge in the cases that we handle here at the office.