Who is Atticus Finch? 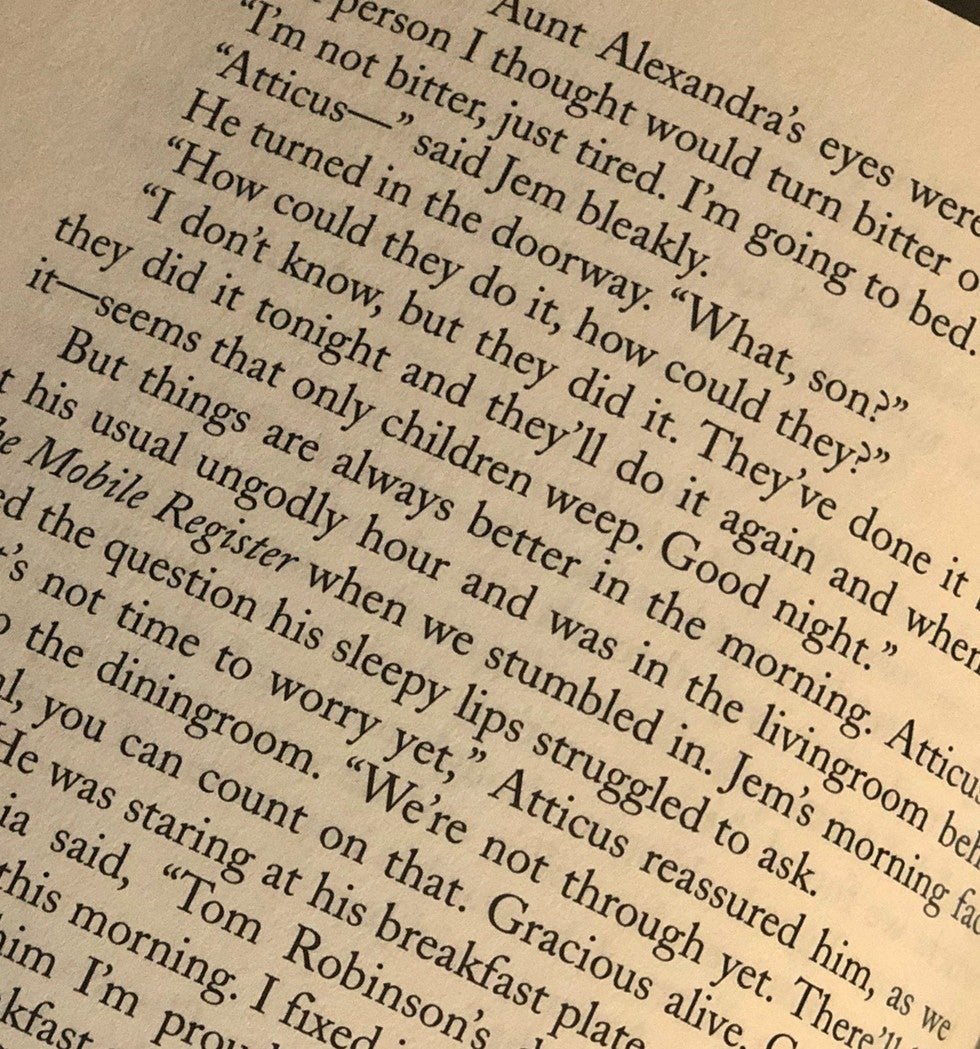 “To Kill a Mockingbird” is perhaps my favorite book—it certainly holds a place among my top three novels. Authored in 1960 by Harper Lee, it tells the fictional story of Atticus Finch, his six-year old daughter Jean Louise Finch—nicknamed Scout, and her older brother Jeremy—nicknamed Jem. Atticus is a middle-aged lawyer appointed to defend Tom Robinson, a black man accused of raping a young white woman in the South. The book explores some pretty heavy issues—rape and racial inequality while remaining warm and oftentimes humorous.

Because Atticus agrees to defend a black man, both he and his children are taunted and ridiculed. These themes (racial injustice and the destruction of childhood innocence) are woven throughout the book. I could not, in this little blog post, adequately convey the depth and personality of each of the fictional characters in the book, but Harper Lee did an amazing job of essentially setting the model of integrity in the legal profession through the telling of Atticus Finch's story.

One scholar, Alice Petry, noted that “Atticus has become something of a folk hero in legal circles and is treated almost as if he were an actual person.” Steven Lubet, in a Michigan Law Review article noted that “No real-life lawyer has done more for the self-image or public perception of the legal profession” than Atticus Finch.

He not only represented his client to the absolute best of his ability and capacity in the face of strong public opinion, but he did so in a way that was loving and compassionate. He was an advocate in the truest and purest form. He also was a model of a father to his children and a positive example in his community.

Some of my favorite quotes from Atticus' character that I try and remember in all that I do:

“Things are always better in the morning.”

“You just hold your head high and keep those fists down. No matter what anybody says to you, don't you let ‘em get your goat. Try fightin' with your head for a change.”

“You never really understand a person until you consider things from his point of view…until you climb inside of his skin and walk around in it.”

Atticus Finch sets the standard for me as a lawyer. Many times I have asked myself “What would Atticus do?” when considering how to approach a certain legal problem or deal with a specific attorney. Fictional or not, he was a giant of a man and someone to whom I aspire to emulate.